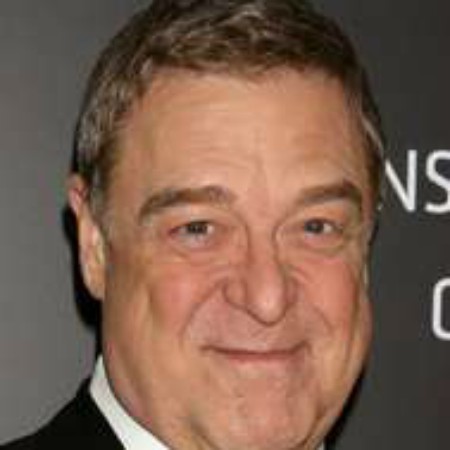 John Goodman is an American actor who is famous for his role as Dan Conner on the ABC TV series Roseanne.

John Goodman was born John Stephen Goodman on June 20, 1952, in Affton, Missouri, USA. His sun sign is Virgo. The name of his parents is Leslie Francis Goodman (father) and Virginia Roos (mother). His father was a postal worker who died of a heart attack when John was only 2 years old. He has a sister Elisabeth and a brother Leslie.

John is of American nationality and belongs to English, German, and Welsh ancestry.  He studied at Affton High School and graduated from there in 1970. He played football and dabbled in a theater while in high school. Later on, he attended Missouri State University and graduated with a Bachelor of Fine Arts degree in 1975.

Besides this, he also earned a football scholarship to Missouri State University, however, his football career ended with an injury, and started pursuing a career in acting.

John has a standard height of 6 feet 2 inches along with a weight of 135 kg. In addition, he has blue eyes and his hair color is light brown.

Who is John Goodman Wife?

Goodman met his wife, Anna Beth Goodman for the first time in New Orleans in 1987 while filming Everybody’s All-American. She was a student of fine arts at the University of New Orleans.

After a year of dating, the duo married in October 1989. After a year of living a wonderful family life, the couple welcomed a daughter named Molly Evangeline Goodman on August 31, 1990.

They are still together for more than three decades supporting each others’ highs and lows in a better way. Presently, the couple lives in New Orleans, Louisiana. Nevertheless, there are no rumors about his personal life and career in these present years.

But once Goodman opened up about his alcoholism in an interview in 2009. He was able to get out of the cage and has been sober since 2007. As per some sources, he tries to attend an Alcoholics Anonymous meeting every morning.

What is John Goodman’s Net Worth and Salary?

Currently, he has an estimated net worth of about $65 million as of 2022. Besides this, Goodman gets around $250,000 for every episode of the TV Show Roseanne.

Similarly, his salary was around $100,000 per episode while he was working in the television series Alpha House.

Similarly, he has also appeared in several late-night comedy shows and was the first guest to star in the Late Night with Conan O’Brien. After a modestly successful acting career, John found more success in the role of Dan Conner in the series Roseanne from 1988 to 1997.

Moreover, he also played major roles in movies like Where Art Thou?, Inside Llewelyn Davis, The Big Lebowski as well as Raising Arizona.

Likewise, he has also contributed his voice to films like The Emperor’s New Groove as Pacha and as Sully in Monsters Inc. He has also had lead roles in movies like The Babe, The Artist, The Flintstones, and many more and is one of the frequent hosts of Saturday Night Live.

Concerning his awards, John Goodman received the “American Comedy Award for Funniest Male Performer on TV series”, he received the same award the following year. In the year 1993, he won the Golden Globe Awards for best performance by an Actor in a TV series.

In addition, he also won an Emmy Award for Outstanding Guest Actor in a Drama Series, in 2013, he was inducted as a Disney Legend, In 2017, he received a star on the Hollywood Walk of Fame.