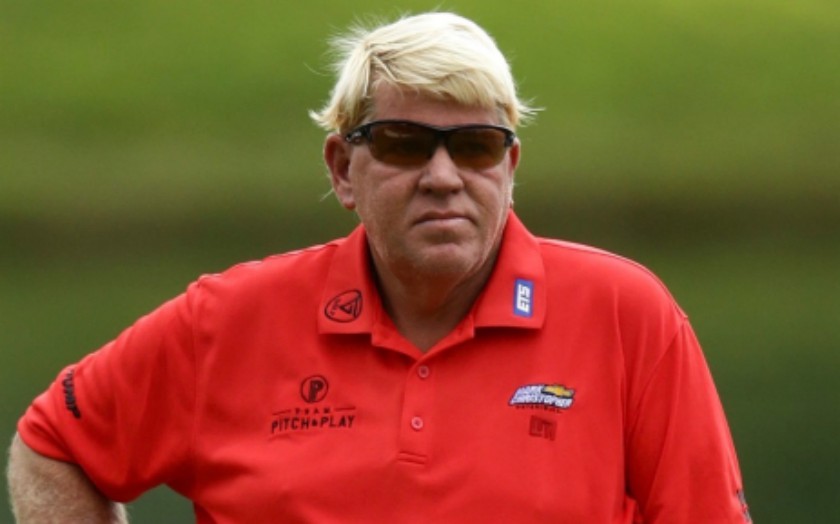 Who is John Daly Spouse?

Similarly, his third and fourth spouses name is Paulette Dean Daly and Dale Crafton respectively. He has married four times until now.

Following are the details on his married life with his spouse

His first wife Dale Crafton belonged to a wealthy family. At the age of 21, he married his girlfriend Dale. His first wife was a hand model. At that time, he was studying at the University of Arkansas and playing golf.

He was trying to move in his wife’s hometown after their marriage. Also, he was trying to make it to the PGA Tour. In the year 1990, the couple divorced due to a lack of relationship cooperation.

After his divorced, he began dating Bettye Fulford who helped him out from alcoholism. When he knew that, his second wife was ten years older than him. From their married life they blessed with their first child named Shynah Hale.

She filed charged against his husband with third-degree assault for throwing her into a wall at their home near Denver. She has the right to file palimony and paternity suits against him. Finally, the couple divorced in the year 1995.

After John divorce with Fulford in the year 1995. He started dating a Paulette Dean, a 20-year-old model. The couple exchanged the wedding vows after a few years of dating. His third wife immediately got pregnant and welcomed a daughter, Sierra Lynn born on June 1.

Likewise, his golf game continued to fall apart along with his marriage. After four years of their marriage, the couple decided to end their relationship as husband and wife in 1999. On again he found himself single and resumed his relationship with Paulette again. But they could not stay together.

He still has faith in love marriage despite multiple failed relationships. John Daly married his 4th wife Sherrie Miller on July 29, 2001. In the beginning phase of their relationship, things seemed to be good. But, the couple got into a fight on June 8, 2007, at a restaurant in Memphis, Tennessee.

On the same night, his wife attacked him with a steak knife that he claimed but not proved. However, he has cuts and scrapes across his face when he showed up for the second round of golf tournament. His wife fled away with his children when he called authorities to visit the home. They divorced in the years 2007.

His Fourth Spouse in Prison for Five Months

John Daly’s fourth wife found guilty to federal drug charges. For that, she was sentenced to a five-month prison term. Again she was jailed for interfering with Daly’s court-ordered visitation rights. Her ex-husband has won child custody case on December 17, 2010.

When she didn’t obey the court orders in their ongoing divorce proceedings. She was kept in jail, stating

“She is not following this court’s orders. That is criminal contempt.”

Once he threw $55k off a bridge when his former wife mad about his gambling. He revealed that during a fight with his then-wife Sherrie in the car over his gambling habits, he e threw $55, thousand off a bridge.

In an interview with the Dan Le Batard Show on ESPN Radio, he said

“I won like 55 grand in the casino, and I said, … If you are going to yell and scream at me about this, I threw it over the bridge going over to Memphis from Arkansas. Threw all the money out the window and said, ‘You know what? If you want that money, you can go find it. But let me tell you something: You don’t have a job. You’re not working. I’m supporting you. I’m paying all the bills.’

Engaged with His New Girlfriend

Currently, John Daly is engaged with his girlfriend Anna Cladakis. The couple has been in a relationship for over a decade. Recently, they engaged and she will be his fifth wife if she married him. John met his current finance just after separated from his wife.

The couple met for the first time while she is working for a promotional director for Hooters in the year 2007. His then-wife Anna also sued his current girlfriend for splitting their marital affair that ended in divorce in the year 2007.