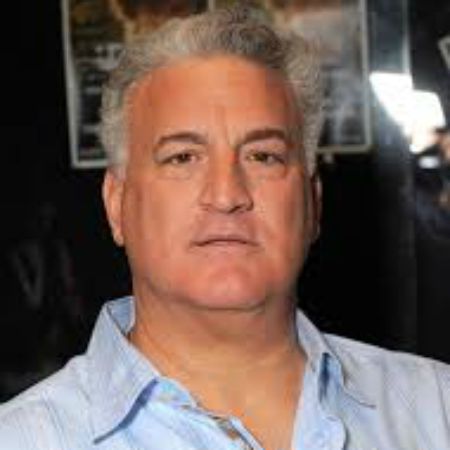 When was Joey Buttafuoco Birthed?

Joey Buttafuoco was born in Massapequa, New York, the USA as Joseph A. Buttafuoco on March 11, 1956. His sun sign is Pisces.

He is of a white ethical background and holds American and Italian nationality. Concerning his education, Buttafuoco attended Massapequa High School – Main Campus.

Is Joey Buttafuoco Married after His Divorce?

Buttafuoco has married twice in his lifetime. Previously, he married Mary Jo Buttafuoco. The pair was together from 4 September 1977 to 3 February 2003. They have two children from this marriage, Paul and Jessica Buttafuoco.

During the marriage, he also had an affair with ‘Long Island Lolita’, Amy Fisher who was just 16 years old at that time. After a year of their affair, Amy shot Mary in the face with a semiautomatic pistol.

However, Joey’s daughter saw it that finally lead Amy to seven years of imprisonment. Similarly, Joey served four months and nine days in prison after pleading guilty to statutory rape, sodomy, and endangering the welfare of a child. Then, he divorced his estranged wife in 2003.

Later on, Buttafuoco married Evanka Franjko on 5 March 2005. The duo married privately in the presence of close friends and family. Although the couple filed for a divorce, the divorce has not been finalized as of now.

Nevertheless, Buttafuoco was charged with crimes on several occasions including no contest to a solicitation-of-prostitution charge. Furthermore, he was sentenced to a year in jail and five years of probation. He was also charged with illegal possession of ammunition in 2015.

How much is Joey Buttafuoco’s Net Worth and Salary?

Currently, his estimated net worth is $20 thousand as of 2022. As an owner of an auto body shop owner and a television personality.

What is the Height of Joey Buttafuoco?

Buttafuoco has a height of 5 feet 11 inches with an average weight. Additionally, his hair color is grey and his eye color is dark brown.

Besides this, he also made his appearance on several talk shows and gave interviews to the media. In the year 2002, he participated in the Celebrity Boxing associated with Fox News. Likewise, he made his acting debut with a minor role in Cul-de-Sac.

Additionally, some videos, television series, and movies that Buttafuoco has appeared in are ‘False Reality, ‘Operation Repo: The Movie’, ‘Mafia Movie Madness’, ‘Son of the Beach’, ‘Finding Forrester’, ‘The Underground Comedy Movie’, ‘Better Than Ever, ‘Perversions of Science’, ‘Lord of the Freaks’, ‘Judge Alex’, ‘Judge Jeanine Pirro’, ‘Howard Stern’, ‘The Godson’, and ‘The Daily Show’ among others.

Concerning his awards, Buttafuoco won the B-Movie Award in 1999 for his performance in ‘The Underground Comedy Movie. Furthermore, he received the award in the category of Best B-Movie Celebrity Cameo.

Despite having an interest in the entertainment industry, Joey started his career serving in the auto body industry. He came to the limelight after the shooting incident garnering the headlines in news and tabloids.