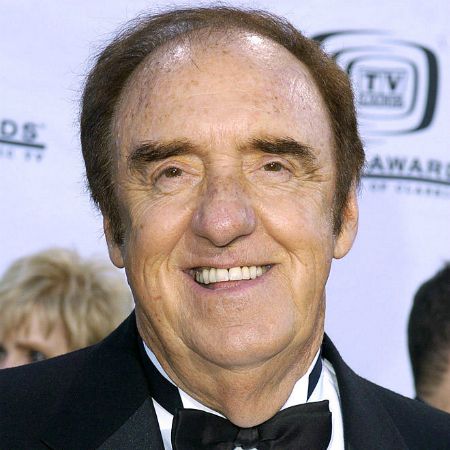 Who is Jim Nabors? His Biography, Professional Career and Death

Late American actor, singer, and comedian well known for his portrayal of Gomer Pyle. Moreover, he became popular in the singing voice in the 1960s and 1970s.

What is the Age of Jim Nabors?

Jim Nabors was born as a James Thurston Nabors on 12 June 1930, in Sylacauga, Alabama, the United States. He was the son of Fred Nabors, a police officer, and Mavis Pearl (Newman).

He held an American nationality and belongs to white ethnicity. She grew up along with his two older siblings sisters Freddie and Annie Ruth. He attended the University of Alabama located in Tuscaloosa, Alabama.

Jim Nabors married his partner/husband Stan Cadwaller in 2013 at the Fairmont Olympic Hotel.  The two met for the first time in the 1970s in Honolulu where Cadwaller worked as a fireman. Nabors was known to be a closeted homosexual for some time.

However, just after one month of same-sex marriage was legalized in Washington, the couple married. They were together until Jim’s death and happily living. No kids from their relationship.

As well as rumored to have been romantically involved with Rock Hudson. However, reports state that it stemmed from a joke event that a group of people made in Huntington Beach. But people failed to understand the joke. During that time, he had not publicly revealed his sexual orientation.

However, Hudson was rumored to be gay despite not admitting it. Unfortunately, the rumor breaks their friendship, and they never spoke to each other again.

On November 30th, 2017, Nabors died at his Honolulu, Hawaii, home at the age of 87. His cause of death is natural as he was suffering from asthmatic conditions. As to respect Jim the United States Marine Corps released a statement on Nabors: “Semper Fi, Gomer Pyle “Rest in peace Jim Nabor”. Former First Lady of Indiana Karen Pence and Second Lady of the United States wrote a statement on Twitter:

“So sad to hear about the passing of Jim Nabors. We heard him sing ‘Back Home Again in Indiana’ at the Indianapolis 500 countless times. We will miss his beautiful voice.”

Similarly, in an interview with  The Hollywood Reporter, Carol Burnett paid tribute to Jim saying

” they were close friends for 52 years. … My heart is heavy. I’m grateful he was a large part of my life. I miss him. I love him.”

“gentleman with immense talent” while sending condolences to his family.

Jim Nabors revealed his fine singing voice episode of The Andy Griffith Show “The Song Festers” on February 24, 1964. After that, on The Danny Kaye Show on April 8, 1964, and subsequently capitalized on it with numerous successful recordings and live performances.

He sang pop gospel, and country songs most of the songs were romantic ballads. In the year 1973 Nabors sang the national anthem before World Series in Oakland.

He also says the tagline “Surprise, surprise, surprise!” appears in the Pink Floyd album The Wall in the show. The Jim Nabors Hour (1969–1971), hosted a variety show which featured his Gomer Pyle co-stars Ronnie Schell and Frank Sutton. His show was popular as well earned an Emmy nomination despite a poor critical reception.

Jim Nabors had an estimated net worth of around $25 million at the time of his death in 2017. As of 2018, he listed Hawaiian estate for $15 million. The late singer bought the nearly-6000 square foot home in the 1970s at a time when he was trying to get away from Hollywood.  The home has 170 feet of direct unobstructed ocean-front views located in Honolulu. It has five bedrooms and six bathrooms in nearly 5,900 square feet of living space.

He has sung many songs during his career. Here is the list of the songs he had sung.

Jim Nabors sang 20 Fans is the song from the original movie, The Best Little Whorehouse in Texas.

2. Battle Hymn Of The Republic

The song Battle Hymn of The Republic is sung by Jim Nabors. The songwriters are William Steffe and Julia Ward.

Many more songs he has sung during his professional career.