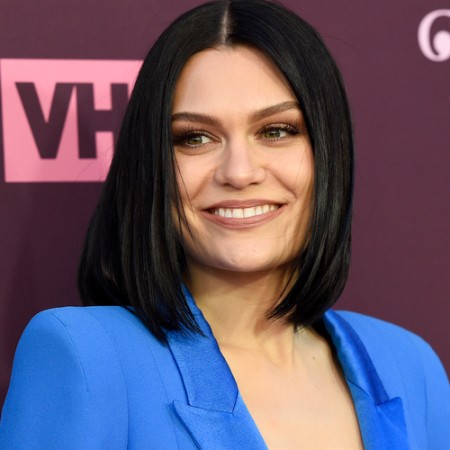 A British singer and actress, Jessie J aka Jessica Ellen Cornish is known for her unique musical and performance style, which combines soul vocals with modern R&B, pop, electropop, and hip-hop beats.

Who are Jessie J’s Parents?

Jessie J opened her eyes to this beautiful world on March 27, 1988. She was born in Seven Kings, Ilford, England, United Kingdom. As of 2023, she is 35 years old and her zodiac sign is Aries. Her real name is Jessica Ellen Cornish. Usually, she celebrates her birthday on the 27th of March every year.

Jessie’s father’s name is Stephen Cornish and her mother’s name is Rose Cornish. Her father is a social worker by profession. Similarly, she grew up with her other two siblings. Her sisters’ names are Hannah Cornish and Rachel Cornish. Her parental and maternal grandparents’ names are Eric William G. Cornish, Elizabeth J. M. Flaherty, Edward H. Archer, and Patricia J. Davis.

Jessie holds British citizenship as a nationality and she belongs to a mixed (British-Irish) ethnic background. Moreover, she has faith in Christianity as a religion.

Which school did Jessie J attend?

Is Jessie J in a Relationship with Chanan Safir Colman?

Yes, Jessie is in a relationship with Chanan Safir Colman. Chanan is a basketball star who plays for the Israeli club Hapoel Haifa. They started dating back in April 2022. On Touch Weekly, Jessie told that he is the first partner she’s been ‘properly in love’ with.

Who did Jessie J previously date?

Jessie was in a romantic relationship with Luke James. Her ex-boyfriend is an actor and singer-songwriter by profession. Jessie and Luke started dating on 4th November 2014. After dating for 3 years, they got separated in 2017. Then she dated an American actor Channing Tatum. The couple started dating on 18th October 2018. Jessie and Channing’s relationship didn’t last long. They broke up in April 2020.

Similarly, Jessie was in a relationship with Max Pham Nguyen. They dated for 7 months from March 2021 to October 2021. Likewise, she dated Chanan Colman. Chanan is a basketball player by profession. Jessie and Chanan started dating in May 2022. But now the couple isn’t together.

Why did Jessie J and Channing Tatum break up?

Channing Tatum and Jessie broke up because their priorities were different. According to a source, they just decided to part ways and were still good friends, and there wasn’t any drama while separating.

Is Jessie J expecting a Child?

Yes, Jessie was expecting a Child. She expressed her feeling to her fans via a video on her Instagram post saying:

“I can’t even explain to you how sick I feel. Look at the state of me.”

Previously, she announced her pregnancy by posting videos of her pregnancy test, first scan, and baby bump sadly, Jessie doesn’t have children. In November 2021, she suffered a miscarriage.

How much is Jessie J’s Net Worth?

Jessie has an estimated net worth of around $30 million as of 2022. She is able to collect this sum of money from her primary source of income as a singer-songwriter. According to some online resources, the average salary of a singer-songwriter range between $18,720 and $141,440. Likewise, she must be earning the same amount of salary from her career.

What car does Jessie J have?

Jessie has a Mercedes Concept Style Coupe. She is fond of car collections. Jessie also had a Ford Ka, which she gave to her father.

Why did Jessie J have green skin?

Jessie has green skin because her medication was prescribed due to a heart condition. Then, at 17, she had a stroke. She has also been bullied at school due to her condition.

Apart from that, Jessie has Meniere’s syndrome. She herself has stated that:

“I woke up and felt like I was completely deaf in my right ear, couldn’t walk in a straight line, Basically, I got told I had Ménière’s syndrome.”

How tall is Jessie J?

Jessie stands at the height of 5 feet and 9 inches tall and her body weight is around 58 Kg. Similarly, she has a perfect body structure that measures 33-23-34 inches approximately. Furthermore, Jessie has an alluring pair of blistering green color eyes and her hair is brown in color.

Does Jessie J have a tattoo?

Yes, Jessie has 6 tattoos. She has tattoos of music notes behind her ear, on her wrist, stars, and writing on her hip.

Is Jessie J Deaf in one ear?

Are Jessie J and Jenna Dewan the same person?

Jessie J and Ariana Grande are friends. Jessie and Ariana collaborated on the song “Bang Bang” (along with Nicki Minaj), which appears on Jessie’s third album Sweet Talker and Ariana’s second album My Everything.

What did Jessie J say about Nicki Minaj?

Jessie apologized to Nicki Minaj for incorrectly recalling the origins of their 2014 song Bang Bang.