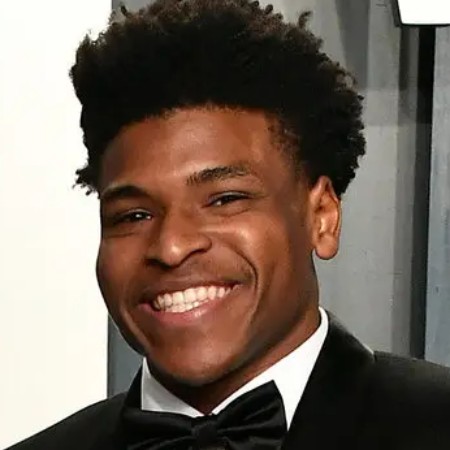 Who are Jerry Harris’s Parents?

Jerry Harris opened his eyes to this beautiful world on July 14, 1999. He was born in Hinsdale, Illinois, United States. As of 2022. he is 22 years old. Jerry’s sun sign according to his date of birth is Cancer. Jerry celebrates his birthday on the 14th of July every year. He is the son of Lizzie Bowman (mother).

Sadly, his mother, Lizzie took her last breath on the earth in 2015 due to Lung Cancer. He is American by nationality while he belongs to an Afro-American ethnic background. Similarly, he follows Christianity as a religion.

Where did Jerry Harris go to College?

Did Jerry Harris go to Louisville?

Yes, He went to Louisville. He received a Regional Scholars Award from the University of Louisville during the Cheer finale. Likewise, he went to the school for the fall semester but eventually transferred to Navarro College.

Is Jerry Harris Single or in a Relationship?

Jerry is currently single and unmarried. Furthermore, he is gay. In a June 2020 interview with Variety, he stated that he aspires to be a Black homosexual icon and that he is a role model for young people struggling with their sexuality. Likewise, he quickly established himself as a well-known figure in the LGBTQ+ community.

What is Jerry Harris’s Net Worth?

As a tv personality, Jerry has an estimated net worth of around $1 million – $5 million as of 2022. An average salary of a tv personality is around $46,516 to $103,882 according to the source. He must be earning the between same numbers.

What is Jerry Harris accused of?

Jerry was taken to federal court in Chicago on September 17, 2020, for the production of child pornography. It happened after two adolescent mothers filed a complaint against him. Prosecutors claim he encouraged a 14-year-old twin boy to make sexually explicit videos and images of himself and repeatedly email them to him.

During interviews with law enforcement, this television personality confessed to requesting and receiving child pornography from 10 to 15 minors. In addition, he admitted to having a physical relationship with a 15-year-old in mid-2019. At the most recent hearing, the mother of the twins stated that Harris should be held in custody until his trial.

Yes, Jerry was found guilty. He pled guilty to two to seven counts of sex crimes against a minor. Likewise, Jerry got 12 Years in Prison for Child Sexual Abuse Charges. He said:

“I’m not an evil person,” Harris said. “I’m still learning who I am and what my purpose is.”

According to Sarah Klein, an attorney for two of the victims:

“The sentence he received reflects the severity of his crimes and the lifetime of pain his victims will suffer,”

Where is Jerry Harris now?

Jerry has been sentenced to 12 years imprisonment. Since his arrest in September 2020, he is held at the Metropolitan Correctional Center in Chicago.

How tall is Jerry Harris?