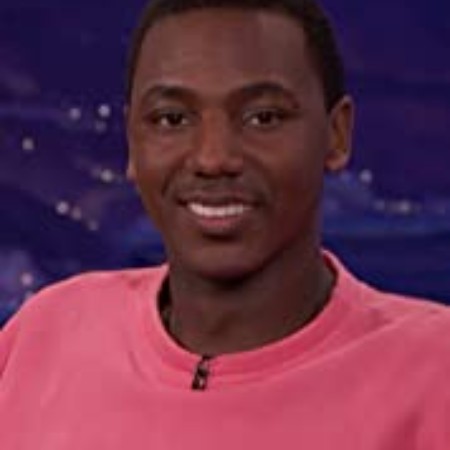 American stand-up comedian, actor, and filmmaker, Jerrod Carmichael rose to popularity after releasing three stand-up comedy specials on HBO: Love at the Store, 8, and Rothaniel. He has also made his huge contribution to the semi-biographical NBC sitcom The Carmichael Show.

Where is Jerrod Carmichael from?

Jerrod Carmichael came into this beautiful world on April 7, 1987, in Winston-Salem, North Carolina, the United States of America. This makes him 34 years old now. By birth, his full name is Rothaniel Jerrod Carmichael.  Jerrod celebrates his birthday every 7 of April with his family and close friends. He falls under the sun sign of Aries.

The name of his father is Joe Carmichael. Likewise, the make of his mother is Cynthia Carmichael. Joe is a truck driver by his profession while Cynthia is a secretary. He has one older brother as his sibling whose name is Joe Carmichael Jr. Jerrod holds citizenship of American and belongs to black ethnic background. Similarly, he has faith in the Christian religion.

What School did Jerrod Carmichael attend?

Jerrod has completed his study at Robert B. Glenn High School by doing his graduating in the year 2005.

Jerrod is currently unmarried and living a single life right now. He has always been focused on his standup comedy career rather than on some kind of romantic relationship from an early age in his life. Moreover, he has worked with many colleagues in his career.

He encountered many new people on a daily basis but he has never dragged himself into any relationship controversy till now. However, he has recently revealed that he is as gay.

In the new HBO special Rothaniel, Jerrod revealed his sexuality recently. He came out as gay. In his previous film for HBO, he has had some relationships with men as well. He told about his family history and funnily revealed that he has dated both men and women. He said:

Lastly, he even added that he was fighting against it for his whole life. He never thought that he would come out of this. But deep down he was well known that he can change people’s opinions of him.

How much is Jerrod Carmichael’s Net Worth?

As of 2022, his estimated net worth of Jerrod is $1 million to $5 million approximately. The main source of income for his net worth is his successful career as a stand-up comedian. As a comedian, he has successfully made a hefty sum of money for himself and his family.

He is living a very luxurious life right now and still he is focusing on the betterment of his ling term standup comedian. His net worth is surely going to rise in the near future if he will continue to focus on it.

Late political activist Stokely Carmichael and comedian Jerrod are not related to each other. It is just a coincidence that they share the same surname. Other than that they don’t have any proof regarding their biological similarities.

How tall is Jerrod Carmichael?

Jerrod has a height of 6 feet tall. On the other hand, he has a bodyweight of 70 kgs. Carmichael has attractive pairs of black color eyes and black color hair.

Who created the Carmichael show?

Did Jerrod Carmichael talk about Will Smith slapping Chris Rock at the Oscars?

In the sketch comedy show’s April 2 episode, whose host was Jerrod. He confessed the happening in his monologue style making it clear he was sick of the ongoing homily after a week. He said in his funny way:

“Do you want to talk about it? Aren’t you sick of talking about it? Can you believe it’s been six days? It was a week ago. Doesn’t it feel like it happened years ago?”