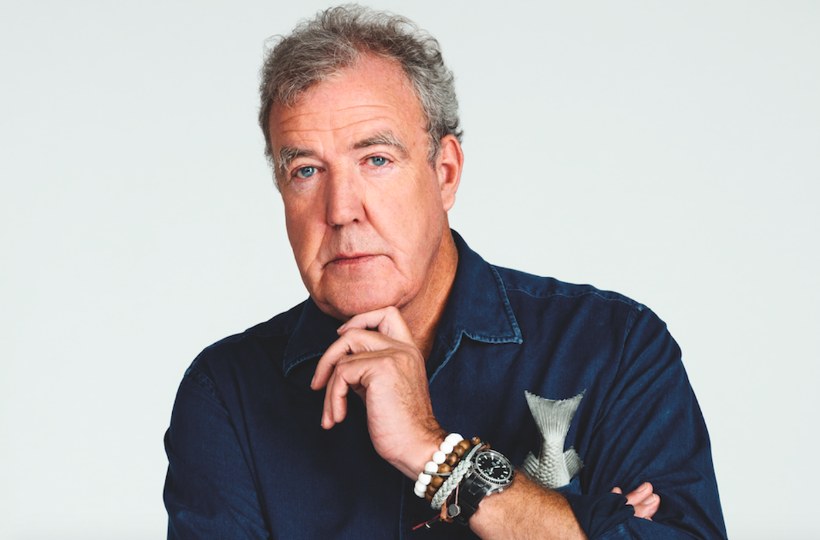 English broadcaster, Jeremy Clarkson is widely famous for motoring programs like Top Gear and The Grand Tour and hosting Who Wants to Be a Millionaire? Apart from that, he is also a journalist, farmer, game show host, and writer.

Jeremy has received a huge number of fan followers through his amazing works and many of them want to know more about his personal life. Stay with us to find out more about his girlfriend, children, and so on.

How long has Jeremy Clarkson been with Lisa Hogan?

Jeremy Clarkson is in a romantic relationship with Lisa Hogan since 2017. The couple first made their public appearance together at GQ’s Men of the Year Awards of 2017. Though they have been living together for 4 years, they are yet to tie the wedding knot. During some interviews, Jeremy mentioned some words about his relationship with Lisa. He said:

“I get older and older and it makes people go ‘oh, that’s a bit weird. But we are age and height appropriate, and we have a lovely, lovely time together on that farm, we really do. Lisa and I were at the lambing parlor and they had just been born and it had gone pretty well. We were sitting there with a bottle of rosé and it was a beautiful evening, and I thought ‘I’ve never been happier at work than this.”

Jeremy and Lisa are leading a happy and blissful relationship as there are no rumors regarding their separation. They might share the wedding knot soon but they have not given any hint to the media.

Who is Jeremy Clarkson’s Girlfriend?

Jeremy’s girlfriend, Lisa Hogan is an Irish actress. She opened her eyes in the year 1973, in Dublin, the Republic of Ireland. She started her professional career as an actress at a young age and since then, she has never looked back. Her notable works include Fierce Creatures (1997), Clarkson’s Farm (2021), Loose Women (1999), and so on.

Apart from her professional life, Lisa is an amazing girlfriend. She is supporting each and every decision of her boyfriend, Jeremy.

Jeremy was previously married twice in his life. At first, he tied the wedding knot to Alex Hall in the year 1989, but Alex left him for one of his friends after six months. After that, he married the daughter of VC recipient Robert Henry Cain, Frances Cain in 1989.

They lived in Chipping Norton, in the Cotswolds but their marriage did not last long due to some uncertain reason, so they divorced in the year 2014.

How many Children does Jeremy Clarkson have?

Jeremy has three children, two daughters, and a son with his second wife, Frances. His daughters are Emily Clarkson and Katya Clarkson while his son is Finlo Clarkson. Jeremy loves all of his children equally and he lives a happy lifestyle with them.

His daughter, Emily has followed his steps as a journalist. Emily has a successful lifestyle blog, Pretty Normal Me, which has included several posts from amazing artists.

Who are Jeremy Clarkson’s Parents?

Jeremy’s parents are Eddie Clarkson (father) and Shirley Clarkson (mother). His father was a traveling salesman while his mother was a teacher. She grew up with her sister, Joanna Clarkson.

Where did Jeremy Clarkson go to College?

Jeremy joined Repton School in Repton, England but he got expelled from there for “drinking, smoking and generally making a nuisance of himself”. After that, he attended Hill House School, in Doncaster and completed his schooling from there. He completed his graduation at The Sheffield College in Sheffield, England.