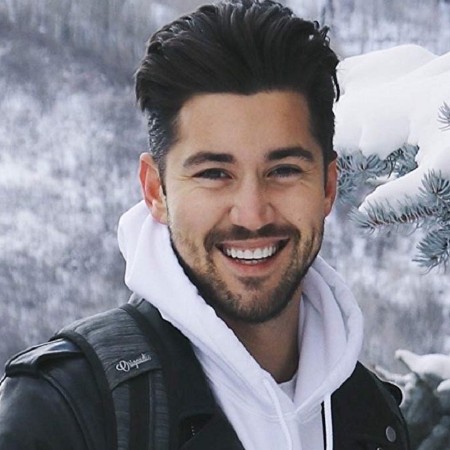 American actor and YouTube sensation Jeff Wittek is famous as a celebrity stylist and barber. He had worked with celebrities like Big Sean and DJ Pauli D.

How old is Jeff Wittek?

Jeff Wittek was born on December 15 1989 in Staten island new York city, the United States of America. As of now, he is 31 years old. His zodiac sign is Sagittarius and his full name is Jeffrey R. Wittek. There is no information about his parents and his siblings.

What is the Net Worth of Jeff Wittek?

Wittek being famous as a hairstylist, as a YouTuber, and actor, it is easily estimated that he has managed to gather a huge lump of money. The approximate net worth of Wittek is around $2 million dollars as of 2022. About 62.3k to 997.2k is the average annual earnings of Wittek through the Youtube channel.

Now, Wittek is living a luxurious life in the United States from the money he receives. It is believed that in the coming days his source of income might grow from his dedication towards his career and his net worth will increase in the upcoming days.

Who is Jeff Wittek dating?

As of today, Wittek is living a single life. Although he was in an open relationship with Cierra Ramirez. They had dated each other for 3 years after meeting Cierra in 2015 in the club. His ex-girlfriend, Cierra Ramirez is also from the art industry and is famous as an American actress as well as a singer. They officially ended their love affair in the year 2018.

He did some short movies with his ex-girlfriend Cierra and with his friends Rudy Manscuo and Anwar Jibawi. It seems that he might be keeping his love life private from the media. He has not been involved in dating rumors yet.

What did Jeff Wittek go to Jail for?

Jeff passed his teenage by selling drugs and working at a local hair salon. He even continued selling drugs after migrating to Miami Florida. He was once arrested in 2011in charge of illegal drug trafficking and possession of marijuana and cocaine.

Later on, the charge was dismissed due to lack of a search warrant and then he moved to LA for more marijuana and flew back to New York City.

What accident happened to Jeff Wittek?

In June 2020, while performing a stunt for the vlog of David Dobrik and the vlog squad he got severely injured resulting in nine fractures in his skull bone, a fracture in the left eye socket, hip, and foot bone were also broken.

Wittek continued his barbershop series even without mentioning his pain and injuries. It was mentioned that due to that accident his relationship with David Dobrik was hampered.

How tall is Jeff Wittek in Feet?

American actor, YouTuber, and hairstylist Wittek are 6feet 1inch tall in height with a fit body weighing about 82kg. 42-32-37 inches is the measurement of his full body and with dark brown hair and eye color.