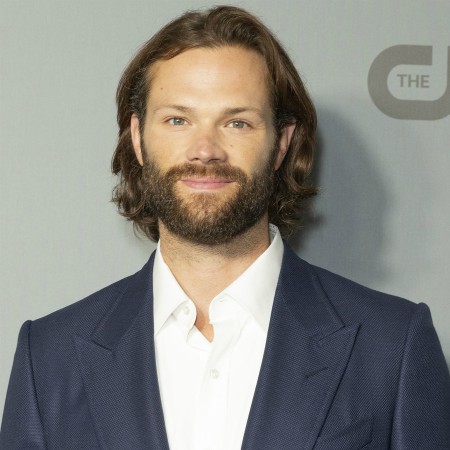 Perfect Wedding of Padalecki with Wife Cortese, Net Worth as of 2022

American actor, Jared Padalecki is well-known for playing the role of Sam Winchester in the TV series Supernatural. He started his career in the early 2000s after appearing on the television series Gilmore Girls. Then he featured in the films New York Minute (2004) and House of Wax (2005).

Born on 19th July 1982 as Jared Tristan Padalecki to parents Sherri Padalecki and Gerald Padalecki. His birthplace is San Antonio in Texas under the birth sign Cancer. His father Gerald worked as a tax accountant and his mother was an English language teacher.

Padalecki is of mixed origin as his mother is of French, German, and English ancestry, while his father is of Polish ancestry. As per his nationality, he is an American citizen.

He grew up in Texas with his 2 siblings. They are an elder brother, Jeff Padalecki, and a younger sister named Megan Padalecki.

Jared attended regular school at ‘James Madison High School location in Brooklyn in New York City. He started taking lessons in acting at the age of twelve. The actor managed time between school assignments and drama practice skillfully. Then he passed out of high school in the year 2000. Jared was merited with a ‘Presidential Scholars Program.

How Love Story Between Jared and Genevieve Started?

The love story between Jared and Genevieve began when they met on the set of Supernatural. In the show, Genevieve was brought onto the show to play an attractive demon named Ruby. The talented actor had laid eyes on his future wife was while she was standing on the set in nothing but her underwear for the first time according to Heavy.

The actor Jared has immediately attracted her, but he didn’t say anything to her right away. Finally, he mustered up the courage to talk to her but was afraid that he might have annoyed her because he had interrupted her while reading a book.

“I was very excited to meet her,” Padalecki recalls. “Meanwhile, I think she was like, ‘Who is this long-haired A-hole who thinks he can come to talk to me while I’m reading a book?’”

Then Padalecki described her as being “fussy” the first time that they had ever talked. The duo eventually started to talk on a regular basis and get to know each other better after she was able to forgive him for interrupting her.

Padalecki asked Cortese out on a date 4 months after their initial meeting. The actor Jared says that is the reason why they are able to have such a strong and lasting relationship. He waited and truly got to know her before he started a romantic relationship with her.

In October 2009, Jared proposed to Genevieve at the New York Metropolitan Museum of Art. The actor got down on one knee right in front of their favorite “Joan of Arc” painting by French realist Jules Bastien-Lepage. The pair didn’t share their happy news until January 2010.

In February 2010, the couple married shortly after in Genevieve’s hometown, Sun Valley, Idaho. The couple’s wedding was mostly planned by her mother because Jared and Genevieve weren’t living in Idaho at the time.

Perfect Wedding of Padalecki and Cortese

Jared Padalecki exchanged the wedding vows with his wife Genevieve Cortese on February 27, 2010. Their beautiful outdoor wedding ceremony was held in Sun Valley, Indiana. The actress Genevieve had always wanted to get married underneath the falling snow. The skies had been clear all week long, so she was afraid that her dreams would not be able to come true.

On their wedding morning there looked to be no snow in sight according to PopSugar. But the weather report has predicted snow, it looked as if the snow was going to bypass Sun Valley that day.

On their wedding day around four o’clock (the same time that the ceremony was set to start), a few snowflakes started to fall from the sky.

His wife Cortese was able to get married the way that she had always been dreaming about. In their wedding ceremony, only close friends and family members were all in attendance at the wedding. His co-star, and TV brother, Jensen Ackles, was even a groomsman at the wedding. So, we can say that the couple had a perfect wedding day to remember for the rest of their life.

Recently, Jared had said that when it comes to his family, they are his top priority.

“Learning lines or this or that becomes unimportant. It’s about going, ‘Are Gen and Odette okay? Is Tom okay? Is Shep okay?’ There’s no such thing as boredom when you have kids because you’re just always on point.”

Also, they are considered one of the cutest couples in Hollywood. Padalecki and Cortese seem to truly love and respect each other. We are sure they will have many more happy years ahead of them.

He Focuses on Family Time

For the past 13 seasons, Padalecki has held a starring role on Supernatural. For working in the series, he’s away from home a lot.

“After Supernatural I hope to kind of back off from the business and work more sporadically and be a father and be a basketball coach for my kids, maybe get into producing or something,” said Padalecki at the CW TCA back in 2014.

The show isn’t showing any signs of slowing down, so when Padalecki gets a break, he’s fiercely protective of his family time.

“I am violently protective of my — I call it my off-time — when I’m not working. I’m straight home and whether they’re in Vancouver or they’re in Seattle or wherever we happen to be I’m straight to them,” he said.

The actor, Padalecki’s arrest was for assaulting two guys at a local bar in Austin. A friend of Jared even tried to stop him according to the TMZ report but Supernatural star could not be contained. The actor even went on to assault the bar manager.

Then the police officer arrived and took him into custody. The incident occurred early in the morning, around dawn. After that, he was released on bail around noon, later. Other actors of the series did not voice their opinion on the matter. His wife Genevieve Cortese has spoken up finally. He said

“A simple posting of a heart emoticon was enough to send signals to the fans of Winchester Brothers about what was going on.”

Also, he appreciates the support that the fans are showing towards the star and her. Tweet by his wife gained over 26,000 likes and 2000 Retweets, majorly showed the support of the couple’s fans.

What is the Net Worth of Jared Padalecki?

The actor Jared has earned a huge net worth from their professional career. Jared Padalecki has an estimated net worth of $12 Million as of 2022 according to celebrity net worth. According to different sources, he earns a salary of $200 thousand per episode.

The couple raised over $40,000 in cash for the hospital and remained true to their word as they kept it. The family bought a house in Austin, Texas. Then they moved into a 10,600 square meter building. The duo couple decided to transform the house into a child-friendly environment.