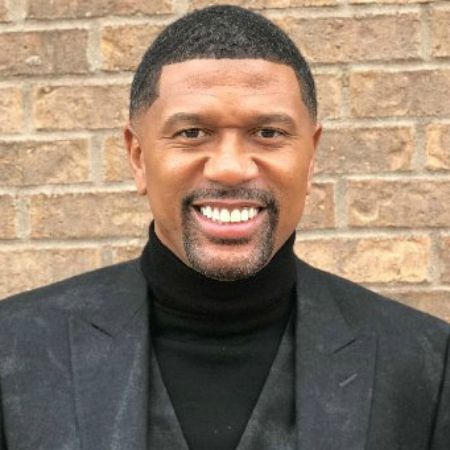 Jalen Rose is a former basketball player. He played for six NBA teams, of which he played mostly for the Indiana Pacers.

Jalen Rose was born on 30th January 1973, in Detroit, Michigan, USA. Currently, he is 46 years old and his sun sign is Aquarius. His parents are Jimmy Walker and Jeanne Rose. Jimmy was an American professional basketball player. Jalen has four siblings. He is an American by nationality and his ethnicity is Afr0-American.

Fond of Basketball and Educational Background

Since his childhood, he used to play basketball. He experienced his childhood in the city of Detroit in the state of Michigan. Jalen studied at his high school at Southwestern High School, where he played basketball alongside Voshon Lenard and Howard Eisley.

He joined the University of Michigan and played basketball there for the Wolverines’ “Fab Five”. After his retirement from his professional basketball career, he earned a degree “Bachelor of Science in Management Studies” from Maryland University College in 2005.

Who is Jalen Rose’s Wife?

Rose is a married man. He married his longtime girlfriend, Molly Qerim. The couple tied the knot on 20th July 2018. Since July 2016, Rose has been dating ESPN’s “First Take” host Molly. Presently, they are enjoying a blissful life together.

Previously, he has been involved in multiple relationships in his life. He was in relation to Mauri Goens with whom he has a daughter named Mariah Christen Rose. Similarly, the couple dated for quite a time and was romantically linked with each other. Their daughter Mariah was born in July 2000.

However, Rose was also part of the media’s tittle-tattle regarding his relation with Alexandra Rose. The rumor was that Alexandra was his wife but it was proved wrong.

How much is Jalen Rose’s Net Worth and Salary?

His works pay him a massive salary and have an estimated net worth of $60 million as of 2022. Moreover, Rose has amassed a million dollars throughout his career playing basketball for big teams. Further, in his 13 years, of NBA career, Rose earned over $100 million in salary compensation. Similarly, when he was traded to the New York Knicks in 2006, he earned nearly $16 million in a year.

Similarly, this player even listed his mansion for sale. That house was listed for sale at $8.5 million in Orchard Lake which covers 9,296 sq ft. Likewise, the villa has a baroque architecture with five bedrooms and nine baths rooms.

Furthermore, he has a rare car collection. Currently, he has a 1964 Cadillac, 1969 Dodger Charger, and many others..

Rose stands at a perfect height of 6 feet 8 inches and his weight is 98kg. In addition, he has black hair color and his eye color is also black.  Furthermore, there are no details regarding his body facts.