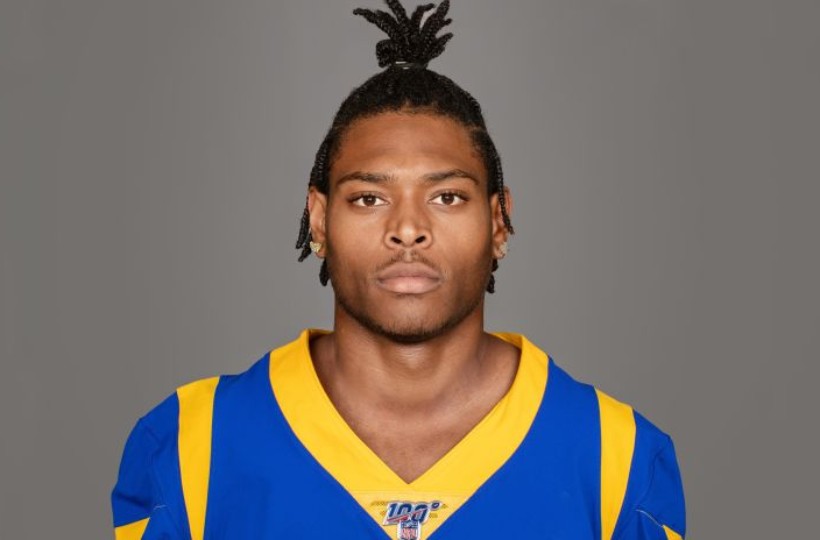 American football cornerback, Jalen Ramsey is famous for playing as a cornerback for the Los Angeles Rams of the National Football League (NFL). Previously, he played college football at Florida State University.

Apart from his professional life, he does have a confusing life in personal. In this article, we’ll talk more about his girlfriend, children, parents, and other interesting facts below:

Is Jalen Ramsey Married or in a Relationship?

Jalen Ramsey is not married but he is in a romantic relationship with a mysterious girl. He publicly announced his relationship with a lady in the year 2020 but he never mentioned her name to the media. They were first spotted together on the Halloween of 2020. During that time, Jalen was up as an Egyptian Pharaoh, and his girlfriend dressed up as a sexy mummy.

Who is Jalen Ramsey’s Wife/Girlfriend?

As we have already mentioned above, Jalen is not married so he does not have a wife at the moment. However, he does have a girlfriend but his girlfriend prefers to stay away from the media spotlight so there is not much information about her in the media.

Her face and pictures have been shared on social media but her name, educational background, and professional information are still unavailable. Hopefully, we will get to know more about her in the future days.

Jalen was previously in a romantic relationship with Breanna Tate. His ex-girlfriend, Breanna is an American-born former athlete. They started their relationship in the year 2016. However, things did not turn out well between them so they parted ways in 2019.

The main reason behind their breakup is because Jalen cheated her with a Las Vegas Dancer, Monica Giavanna. After knowing this, Breanna could not bear the pain so she broke up with Jalen.

How many Children does Jalen Ramsey have?

Jalen has two daughters with his ex-girlfriend, Breanna. Their first daughter, Breelyn Erin was born on 16th July 2018 while their other daughter, Brooklyn was born on 27th September 2019. Though Jalen and Breanna have already parted ways, they co-parent their children in a managed way.

Who are Jalen Ramsey’s Parents?

Jalen is the son of Lamont Ramsey (father) and Margie Ramsey (mother). He grew up with his brother, Jamal Ramsey who is also a football player. Jalen has a special bond with all of his family but he is yet to share his other family members’ identies with the media.

Which College Jalen Ramsey did attend?