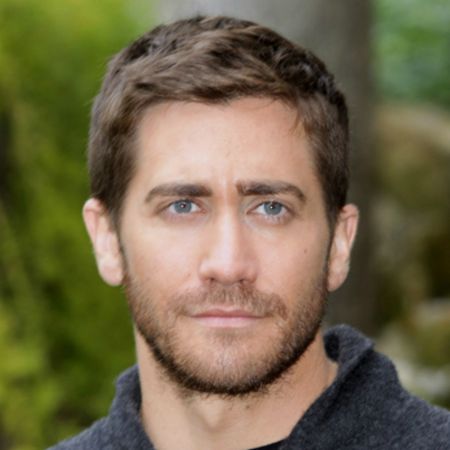 Does Jake Gyllenhaal Have a Wife? What’s His Net Worth as of 2022?

The Oscar-nominated actor, Jake Gyllenhaal is popular for his work in films like ‘Donnie Darko,’ ‘Brokeback Mountain,’ ‘Prisoners’, and ‘Nightcrawler.’ Also, he is well-known for choosing unconventional roles and exploring his acting skills.

Who is Jake Gyllenhaal Sister?

On December 19th, 1980, Jacob Benjamin Gyllenhaal was born in Los Angeles, California. He is the son of Stephen Gyllenhaal director and mother Naomi Foner, producer/screenwriter. He has a popular siblings sister Maggie Gyllenhaal. Jake has been acting since childhood. Having American nationality, Jake is of mixed ethnicity.

His parents have provided him with a normal upbringing. So, he volunteers at a homeless shelter and works summer jobs as a teenager. Despite being the son of celebrity parents, he auditions for roles in films. He studied at the Harvard-Westlake School located in Los Angeles. In the year 1998, he graduated from high school. Jake joined Columbia University to study Eastern religions and philosophy. But he dropped out after two years to focus on his acting career.

Does Jake Gyllenhaal Have a Wife? Is He Married?

Jake has actually never married anyone before despite his colorful dating history. On Howard Stern’s radio show in 2015, he said

“believe in monogamy” and that “when you meet somebody who’s right, it’ll be right and you’ll stay there.”

He had been in love a few times before and stopped himself from taking the next step. He said

“I think I probably just got scared”

Jake is a much sought-after bachelor who has dated several beautiful women. Previously, he dated actress Kirsten Dunst for nearly two years, starting in 2002. Late, he dated his Rendition co-star Reese Witherspoon from about 2007 to 2009. Also, he dated singer-songwriter Taylor Swift from October 2010 until January 2011.

Then he dated model Alyssa Miller from July to December 2013. Jake has made headlines for dating some very well-known women in Hollywood. Currently, he is in a romantic relationship with his girlfriend French model Jeanne Cadieu. His current girlfriend is 16 younger than him. In June 2018, their relationship was confirmed by Us Weekly. The actor is very close to his parents and sister.

What is the Net Worth of Jake Gyllenhaal?

He has been acting and earning money from his acting career since childhood. Jake Gyllenhaal has an estimated net worth of $80 million as of 2022 according to celebrity net worth. The actor has earned a salary аrоund $3 mіllіоn аnd $4 mіllіоn fоr Рrіnсе оf Реrѕіа: Тhе Ѕаndѕ оf Тіmе.

He earned a salary of mоrе thаn $20 mіllіоn fоr Lіfе, Оkја, Ѕtrоngеr, аnd Wіldlіfе in the year 2017. He sold the 19th-century building for as much as $44 million (think penthouse suite with a rooftop pool), Gyllenhaal’s condo was purchased for $8.63 million.

His apartment has 2,868 square feet of living space, three bedrooms, and hardwood floors. The apartment building itself offers around-the-clock concierge service, security, a pool, and a subterranean motor court for added privacy and fees must be through the roof.

Jake paid $2.5 million for the rancher-style house, which features a gated driveway and plenty of other attractive features. In the year 2014, he sold the property for $3.5 million, earning a cool $1 million profit in the process.

What is the Height of Jake Gyllenhaal?

The handsome actor Jake has a muscular body. He stands at a height of 5 feet and 9 inches tall. While his body weighs around 81kg. He has dark brown eyes color with hazel color eyes.

Related Posts of Does Jake Gyllenhaal Have a Wife? What’s His Net Worth as of 2022?