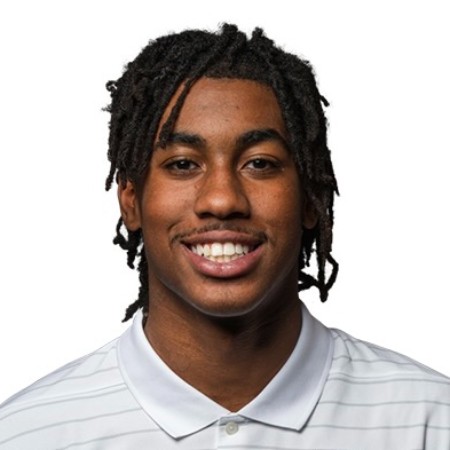 Basketball player Jaden Ivey is a known player for the Detroit Pistons of the National Basketball Association.

Who are Jaden Ivey’s Parents?

Jaden Ivey opened his eyes to this world on February 13, 2002. He was born in South Bend, Indiana, United States. As of 2022, he is 20 years old. His full name is Jaden Edward Dhananjay Ivey. Jaden celebrates his birthday on the 13th of Feb every year. his sun sign is Aquarius. Jaden is the son of Niele Ivey (mother) and Javin Hunter (father). By profession, his mother is an American college basketball coach and the current head coach while his father is a former American football.

Jaden has one paternal half-brother, Jordan Hunter. His paternal grandfather is James Hunter and his maternal grandparent’s name is Thomas Ivey and Theresa Ivey. He holds American citizenship and follows Christianity as a religion. Similarly, he belongs to an Afro-American ethnic background.

Where did Jaden Ivey go to College?

Ivey completed his high school at Marian High School in Mishawaka, Indiana, and La Lumiere School. Likewise, he got his degree from Purdue University.

Who is Jaden Ivey’s Girlfriend?

Jaden is in a relationship with his girlfriend Caitlyn Newton. By profession, she is a Volleyball player. The duo met each other during their college days. They began dating each other on December 7, 2021, when she shared a picture of their dinner date.

They seem to be truly in love. In the coming days, they might take their relationship to the next level.

What is Jaden Ivey’s Net Worth?

Jaden has an estimated net worth of around $1.5 million as of 2022. He collected that sum of money from his career as a professional basketball player. According to the source, a male basketball player has an average salary of around $4,347,600. He might be earning the same amount.

What is Jaden Ivey’s Contract?

First Jaden signed a rookie contract with his team. Jaden now will join a backcourt with Cade Cunningham and sign a three-year contract worth slightly more than $18 million.

Jaden Ivey and Ja Morant are not related to each other. They are not brothers or related in any other way. But both of them are NBA players.

What was Jaden Ivey’s Injury?

Jaden suffered an ankle injury while playing against the Washington Wizards in a summer league game. Likewise, he was put out for the rest of the game by the Pistons after he sprained his right ankle. Isaiah Todd undercut him on a three-point attempt in the first quarter, injuring him.  As his ankle injury is not that serious he should be able to play by the time training camp opens in September.

How tall is Jaden Ivey?

Jaden has a towering height of 6 feet 4 inches while he has a body weight of around 88kg. Similarly, he has an attractive pair of brown eyes and curly black hair.