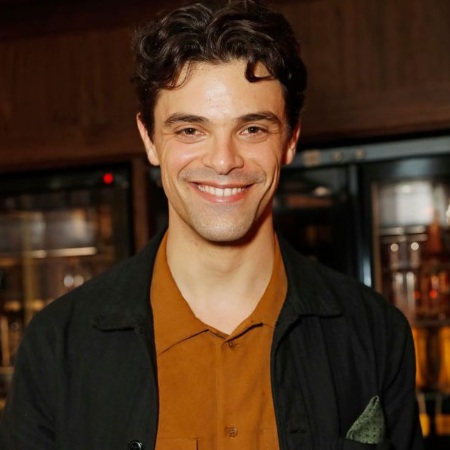 British actor, Jacob Fortune-Lloyd is famous for appearing as Francis Weston in BBC’s Wolf Hall in the year 2015.

What is the Age of Jacob Fortune-Lloyd?

On 17th January 1988, Jacob Fortune-Lloyd opened his eyes in the West London Borough of Hillingdon, the United Kingdom. As of 2022, his age is 34 years old while his horoscope is Capricorn. Every year, Jacob celebrates his birthday on 17th January. He is the son of Marcia Levy (mother) and John Lloyd (father). His father, John is a Scottish journalist.

It is still unclear if Jacob has any siblings or not. As per nationality, Jacob is British and he belongs to white ethnical background.

He attended St. Anne’s College, Oxford University, in England and received a Bachelor’s degree in Arts in English literature from there. After that, he went to the Guildhall School of Music and Drama in the City of London for his training and graduated from there in the year 2014.

What is Jacob Fortune-Lloyd’s Relationship?

Jacob is possibly single at the moment. He prefers to keep his personal life secret, so he has not been involved in any sorts of relationships and love affairs. However, he often shares his photo with his female friends and co-workers on his social media sites but he has never mentioned anyone as his wife or girlfriend. Jacob has not shared his past relationships and love affairs with the media.

Jacob might be busy focusing on his career rather than involved in any kind of relationship or love affairs. He often spends his leisure time traveling with his friend and families to several places. Further, Jacob has not been involved in any sorts of rumors or controversies about his personal as well as professional life.

How much is Jacob Fortune-Lloyd’s Net Worth?

Jacob Fortune-Lloyd has an estimated net worth of around $500k as of 2022. He has been able to earn this amount through his successful and versatile career as an actor. According to some online resources, the average salary for a British actor is £35k per year.

Being an actor, Jacob makes a good amount through endorsements, advertisements, and sponsorships of several brands and companies.  Currently, Lloyd is living a lavish and fulfilling lifestyle with his family members.

What is the Height of Jacob Fortune-Lloyd?

Jacob stands at a height of 6 feet 2 inches with matching body weight. His other body measurements like his chest size, biceps size, shoe size, hip size, etc are missing from the media. Jacob’s hair and eyes are brown in color.

Why is Jacob Fortune-Lloyd popular?

British actor, Jacob Fortune-Lloyd is famous for appearing as Francis Weston in BBC’s Wolf Hall in the year 2015.

Whta is the nationality of Jacob Fortune-Lloyd?

Jacob is British by nationality.

What is the ethnicity of Jacob Fortune-Lloyd?