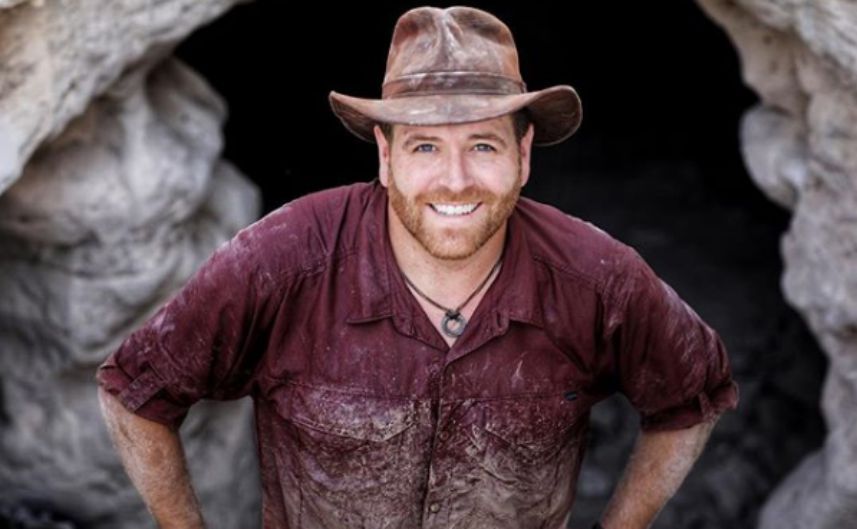 Is “Host & Co-Executive Producer”-Destination Truth and Stranded on Syfy Josh Gates Married? Is he related to Microsoft Corporation’s Bill Gates?

Josh Gates is an American author and television host. He is widely famous for his show ‘Destination Truth’ on Syfy. He currently presents and co-executive produces the Travel Channel series Expedition Unknown. Moreover, he has written a book, Destination Truth: Memoirs of a Monster Hunter.

Yes, the 40-years old-TV host, Josh Gates is still a married man. He got married on 13th September 2014 to his long term girlfriend, Hallie Gnatovich after dating her for a few years. However, their wedding was a private one which was held at the Hidden Pond luxury resort in Kennebunkport, York, Maine with their family close relatives, and friends.

Moreover, his wife was the part of his production crew on Destination Truth and she began starring on the show from season 2 and appeared till the end of the season. Furthermore, she worked with Josh as a researcher and most of her task was behind the camera. However, as time progressed,  Hallie began to feature with Gates on-screen as a co-star.

Since their marriage, they have maintained a perfect relationship among them. Furthermore, there is not even a single rumor of conflict between them. As of now, the couple is spending their married life beautifully. Additionally, Josh has never been involved in any extramarital affairs. Currently, Josh and Hallie are enjoying their married life and living happily.

Many people are curious to know why Josh Gates doesn’t wear his wedding ring! Well, the exact reason is not known at the moment. Many people have noticed about his wedding ring, weight gain might be caused-too tight or maybe it got lost.

Josh Gates is a Father of a Son

Josh and Hallie have shared a son together whose name is Owen, the boy was born on 12th February 2016. Perhaps, one of the most memorable moments of Destination Truth was the episode when Hallie called her husband via satellite phone to break the news of her pregnancy which was all captured on camera.

Gates was seen in an emotional mood after hanging up the call, he later disclosed the news to his crew and of course the rest of the fans who were watching. The pregnancy news easily became the highlight of that episode which primarily focused on Christopher Columbus. As a result, Owen Gates had become a celebrity baby, Owen even before he was born.

There is no relation between Josh Gates and Bill Gates. However, Josh belongs to the American author and host but Bill Gates is a famous business tycoon. There is also a huge difference between their net worth and earning.

The only thing that matches among them is their last name. In conclusion, we can say that there is no type of relationship between them.

Related Posts of Is “Host & Co-Executive Producer”-Destination Truth and Stranded on Syfy Josh Gates Married? Is he related to Microsoft Corporation’s Bill Gates?