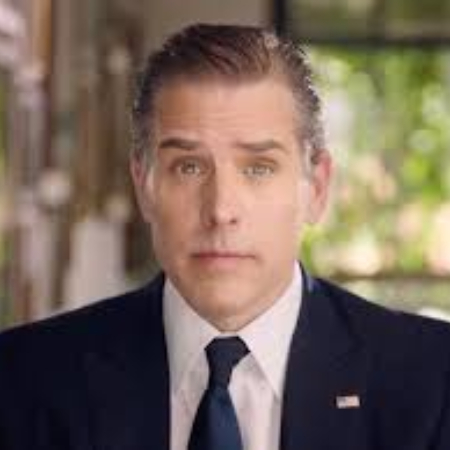 What is the Net Worth of Hunter Biden as of 2022? Is He Married?

American lawyer and investment advisor Hunter Biden rose to popularity because of his father. He is the second son of the 46th U.S. President Joe Biden. Hunter along with his partner found the investing and advising firm “Rosemont Seneca Partners”.

Life Before Fame of Hunter Biden

Hunter Biden was born to his parents Joe Biden and Neilia Biden on 4th February 1970 in Wilmington, Delaware. His father Joe Biden served in the Senate in the United States from 1973 to 2009 and from 2009 to 2017 as a Vice President of the United States.

On 18th December 1972, his mother and younger sister Naomi died in a car accident but he and his older brother Beau survived the car accident despite being critically injured. Later, Hunter and his brother inspired their father to remarriage. Joe married Jill Jacobs in the year 1977. Hunter has an American nationality and is of mixed ethnicity.

He has a stepsister named Ashley born in 1981. Hunter followed the family tradition and went to Catholic high school Archmere Academy in Claymont, Delaware, from where his father and brother graduated. In 1992, he completed his Bachelor of Arts degree in History from Georgetown University. After graduating, Hunter did volunteering at a church in Portland, Oregon, where he met Kathleen Buhle and married her in 1993. Later, he graduated in 1996 from Yale Law School.

As mentioned above, Hunter once volunteered at a church in Portland, Oregon, where he first met Kathleen Buhle. And fell in love with her immediately. The duo got married in the year 1993. Kathleen and Hunter share three children together named Naomi, Finnegan, and Maisy.

After living together for more than 10 years the duo separated in the year 2015. Cause not a thing between them was working. They used to have fought a lot and all and finally in the year 2017 Kathleen and Hunter got divorced. Besides, Hunter has struggled a lot due to his bad habit of drinking and taking drugs. Once he even said,

“There’s an addiction in every family. I was in that darkness. I was in that tunnel—it’s a never-ending tunnel. You don’t get rid of it. You figure out how to deal with it.”

Before the divorce, in 2016 Biden started dating his sister-in-law Hallie Biden, who is the widow of his brother Beau Biden. Hunter has never been secretive regarding his personal life. And when he dated Hallie, it brought a lot of controversy in the Biden family.

Moreover, he is also the father of the child of Lunden Alexis Roberts born in August 2018. Later, in the year 2019, Hunter got married to South African filmmaker Melissa Cohen. God blessed this duo with a son named Beau Biden in March 2020.

What is the Net Worth of Hunter Biden?

As per reports, Hunter Biden has an estimated net worth of over $5 Million as of 2022. Being a lawyer, Hunter Biden lives a luxurious life. He lives in a mansion in Los Angeles with his now-wife Melissa. Hunter’s mansion is worth $2.5 million, which easily shows how rich he is. As per some sources he earns up to $50 thousand monthly by Biden’s position with Burisma Holdings.

He worked from April 2014 till 2019, which gave Hunter the opportunity to earn more than $3 million at that time. In 2009, he founded Rosemont Seneca Partners. Biden’s company made a partnership deal with a Chinese investment company for funding Chinese private equity firm BHR Partners in 2014. So we can clearly say that Hunter Biden earns a handsome amount of wealth. But his net worth is yet to be revealed.

Who is Hunter Biden?

Biden rose to popularity because of his father. He is the second son of the 46th U.S. President Joe Biden.

When was Hunter Biden born?

Hunter was born to his parents Joe Biden and Neilia Biden on 4th February 1970 in Wilmington, Delaware.

How rich is Hunter Biden?