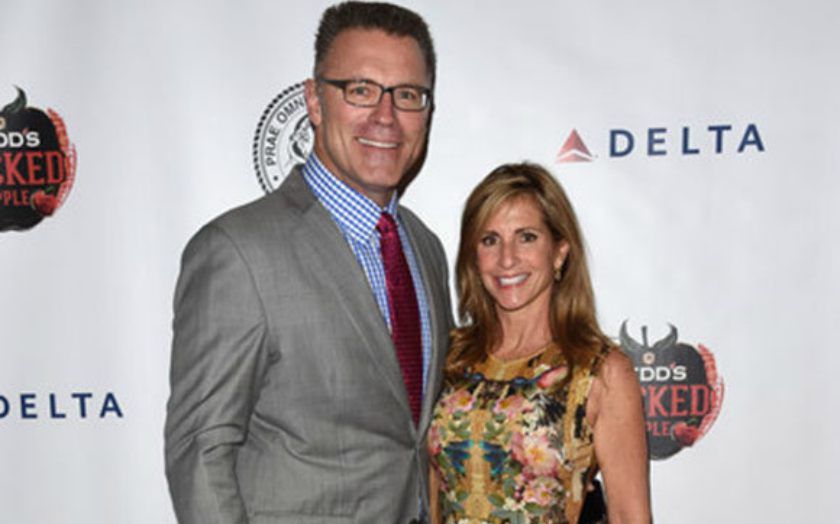 Defensive end Howie Long has been Married for 36 years; Who is his Wife?

Howie Long is an American actor, sports analyst, and former National Football League’s defensive end who is best known for being 8-time Pro Bowler and one-time Defensive Player of the Year. He played 13 seasons in the NFL for Oakland/Los Angeles Raiders from the year 1981 to 1993. Howie’s success in his career life pales in comparison to the success he has had in his marriage and relationship.

He has been married to his beautiful girlfriend, Diane Addonizio with whom he shares three sons. Continue scrolling down to find out all about his relationship with his wife and also learn out more about his family and children.

Howie Long’s relationship with his wife Diane Addonizio plays out straight like the story of some classic love story movies. They first met each other during their college years as both of them attended the same Villanova University. After his graduation, he joined the NFL and began his career as a professional NFL player in 1981. Only a year after turning pro, he took his relationship with Diane to the next level and married her in June of 1982.

Howie and Diane are the parents of three sons. Their first son Christoper Howard Long was born on 28th March 1985. Christopher currently plays as the defensive end for the Philadelphia Eagles of the NFL. Kyle Howard Long is the second of the couple who was born on 5th December 1988. Like his brother and father, he also started a career in football and currently plays as a guard for the Chicago Bears.

Furthermore, Howie’s youngest son Howard Long Jr was born in the year 1990 and unlike his brothers has worked as a scouting assistant and personal assistant for the Raiders. Howie has been successful in giving his sons a proper upbringing where they are now able to make a name for themselves. He has been blessed with a good wife and three sons.

His wife, Diane Addonizio is an American lawyer who was born in the year 1960, in Red Bank, New Jersey, the United States of America. Later, she came to media spotlight after marrying her husband, Howie Long. Diane is always becoming a helping hand for her husband.

There is been a growing argument about Howie Long being related to Jake Long. Some even believed they are brothers but the truth remains that they have only two things in common. Howie and Jake are both former American football player and they share a similar surname. As a conclusion, we can say that there is not any type of relationship between them.

Related Posts of Defensive end Howie Long has been Married for 36 years; Who is his Wife?