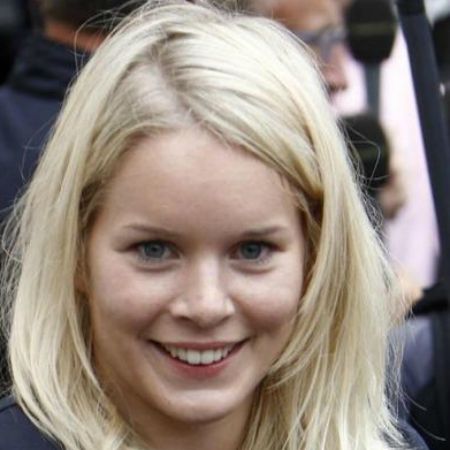 Hanna Prater is a former German fashion student who is famous for her longtime romance with F1 racer Sebastian Vettel. However, Vettel is a four-time Formula One World Champion.

Prater was born in the year 1988 to an English mother and German father. Currently, she is 31 years old. She was raised in Heppenheim, Germany. Apart from that, she was bilingual with proficiency in both English and Germany by the age of 4. She holds German nationality and belongs to white ethnic groups.

Furthermore, she attended Heppenheim Middle School and went on to attend Baden Wurttemberg Fashion School. From there, she majored in textile design. Likewise, Prater loves football and is an avid supporter of Barcelona FC.

Firstly, Hanna Prater met Sebastian Vettel in Heppenheim Middle School. Just after graduating, the two started a long-distance relationship. But, Prater stayed in Germany while Vettel moved to Switzerland for his racing career.

Then, the couple decided to take their relationship to the next level in 2010. Furthermore, Prater gave birth to their daughter Emilie on January 12, 2014. Simultaneously, their second daughter, Mathilda, was born later the following year.

Once Prater was asked why she does not attend Sebastian Vettel’s races, to which she responded by saying that the racing arena is the place of work for her partner and she doesn’t want to go there and distract him. Likewise, as Prater is a very private person, she routinely declines opportunities to speak to the media.

However, there were rumors that they have secretly married in the year 2014, shortly before the birth of Emilie. However, the couple has denied all such reports. In 2017, they confirmed that they haven’t married and do not feel the need for tying the knot.

What is the estimated Net Worth and Salary of Hanna Prater?

Hanna’s actual net worth and salary have not been revealed yet.

However, her husband, Sebastian Vettel’s net worth is reportedly estimated to be around $55 million. Moreover, he also ranks 18th on the Forbes list of richest people.