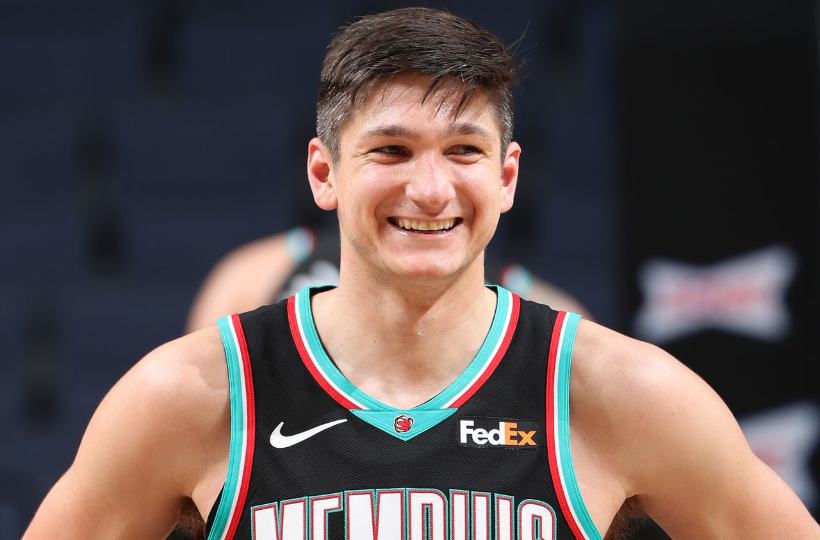 Grayson is quite open regarding his life: both professionally and personally. Today we’ll focus more on his personal life regarding his girlfriend, family, and other many interesting facts. Stay with us to find out more!

Is Grayson Allen married or in a Relationship?

Grayson Allen is not married but he is in a romantic relationship. He is in a happy relationship with his girlfriend, Morgan Reid. Some online resources have reported them as a Duke power couple because they graduated from the same university, Duke University. It is not clear whether they met studying at the same college or not. They made their relationship public only in November 2018.

Since then, they have been having a great time together as they can be often seen together at several events. Also, the couple shares each other’s pictures on their respective Instagram account. They are so in love that they might share the wedding knot soon.

Does Grayson Allen have a Girlfriend?

Grayson’s girlfriend, Morgan Reid is an American soccer player who plays as a defender. She opened her eyes as  Morgan Nicole Reid on 13th June 1995, in Cleveland, Ohio, the United States of America. She started her career in her high school days. For her professional career, the North Carolina Courage drafted her in the fourth round of the 2018 NWSL College Draft.

Morgan won the 2012 CONCACAF Women’s under-17 Championship. In the following year, she also became part of the team that traveled to Azerbaijan for the 2012 FIFA under-17 Women’s World Cup.

Who did Grayson Allen previously date?

Grayson was previously in a relationship with his high school girlfriend, Bailey Bunnell. They met each other for the first time at Providence School of Jacksonville in the year 2013. During that time, they even attended a prom as a couple.

Unfortunately, their relationship could not last long so they parted ways in 2018. Since their breakup, Bailey is dating a guy named Aaron.

Grayson was born to Sherry Allen (mother) and William Allen (father). Some online resources have reported that his mother is a Human Resources Manager who has been working for more than 20 years. He is the only child of his parents.

Where did Grayson Allen go to College?

Grayson finished his school at Providence School of Jacksonville, in Jacksonville, Florida. He graduated from Duke University in 2018 in Durham, North Carolina. After graduating, Grayson told the Duke Chronicle.

“Getting a Duke degree has always been a goal and a dream of mine. For me coming back next season, it just gets me closer to that goal.”