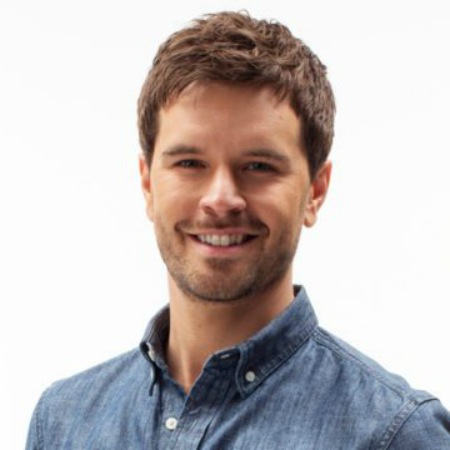 Graham Wardle is a Canadian actor, producer as well as a photographer who came to the limelight after a role as Ty Borden on the CBC series Heartland in 2007, In the Land of Women, and Yesterday in 2009.

Graham Wardle was born on 6th September 1986 in British Columbia, Canada. As of 2020, he is 34 years old and his horoscope is Virgo. He is the son of Debbie (mother) and Allan Wardle (father). Graham was brought up next to his five siblings in New Westminster, near Vancouver by his parents.

He began his career at the young age of 6 years old when he was featured in a Mattel Toys commercial. Graham holds Canadian nationality and belongs to mixed ethnicity (English, Italian). He attended Capilano College for his higher education.

Who is Graham Wardle’s Wife?

Graham Wardle is a married man. He married his wife, Allison Wardle in April 2015. In the circle of their close friends and relatives, the couple arranged their wedding privately.

What is Graham Wardle’s Net Worth and Salary?

Graham Wardle has an estimated net worth of around $3 million which he earned from his career as a Canadian actor, filmmaker, and photographer.  According to some online resources, it is known that he is passionate about mythology and regularly studies the works of Alan Watts and Joseph Campbell.

What is the Height of Graham Wardle?

Graham Wardle stands at a height of 5 feet 5 inches while his body weight is still missing from the media. He has dark brown hair and his eyes are blue in color.

By the movie, Heartland Graham had been nominated for the LEO award in the years 2009 and 2010. Also, he had played a horror movie, Yesterday.

Later, Graham appeared in Mon Ami Supernatural and Grave Halloween which were original movies made for Syfy Channel. After playing these movies he showed his interest in making the movie.

In the year 2012, he produced The Vessel with friends and Capilano Alumni as part of the Crazy 8’s project. In summer 2013 he joins hands with the movie production Lone Maverick which wanted him to play in the film Cold Lights.