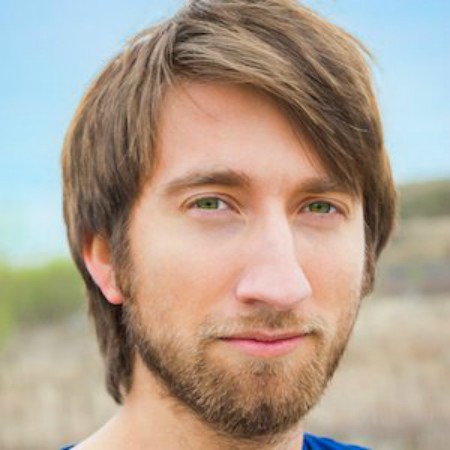 Gavin Free is a British actor known for his association with ‘Rooster Teeth’ a Texas-based production company.

Gavin Free was born on the 23rd of May, 1988 in Thame in Oxfordshire in England. Currently, he is 31 years old. Gavin holds British nationality and belongs to the white ethnic group.

Talking about his education, he attended Lord Williams’s School, a co-educational secondary school in Thame, Oxfordshire. Gavin stands at a height of 5 feet 10 inches whereas weighs around 65 kg. Moreover, he has blue eyes and dark brown hair.

How much is Gavin Free’s Net Worth and Salary?

The talented artist recently has a net worth of $5 Million which is impressive for someone whose platform is primarily online. But, as we can see that he is involved in many famous series this net worth is not a matter of surprise.

Along with making interesting videos, he is also involved in the series which obviously adds more to his net worth. As he is still involved actively in this field, we are sure that he would earn much more than this in the coming days.

Gavin Free has been in a relationship with Meg Turney. She is a noted internet personality known for her modeling and cosplaying. The couple is dating each other since 2013. Since their relationship has started, the couple is spending a blessed life with each other.

But, once a supposed fan broke into their home in Austin with a gun. The gunman, Christopher Giles, was obsessed with Meg Turney and hated Gavin’s relationship with her. Moreover, the fan drove for 11 hours from Albuquerque to the couple’s home in Austin, Texas.

When Christopher Giles broke into their house, he fired one shot but Gavin and Meg hide in their closet and called the police. The attacker was killed by one of the police officers.