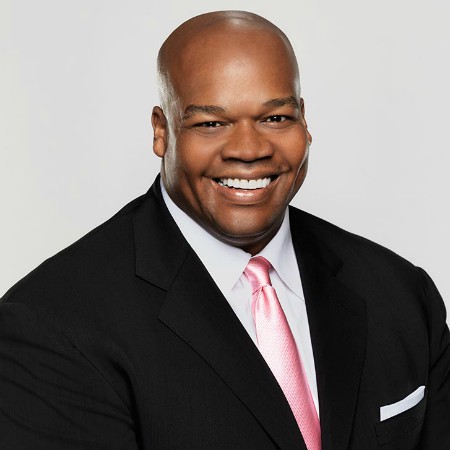 Married Twice; Who is Frank Thomas Wife? His Net Worth 2022, Age

He enrolled at Columbus High School located in Miami, Florida. Then he joined Auburn University located in Auburn, Alabama, and graduated from there.

Frank earlier married his first wife Elise Silver which ended in a divorce. After his divorce, he started having affairs with his current wife Megan Thomas. Former player Frank is a married man to the second love of his life. However, no details regarding their marriage date are out on the media.

The couple exchanged the wedding vows in an intimate ceremony only in the presence of few special guests. They share a romantic relationship judging from their social media. Also, they often traveled together with their family. It is not confirmed officially, she is the mother of any kids of frank.

Who is Frank Thomas First Wife?

The former couple fell in love after an unspecified date of the meeting. The love led them to tie their knot. Frank exchanged the wedding vows with his first wife Elise Silver on February 8, 1992. From their married life, they became parents of 4 children (2 daughters and 2 sons).

They are Sloan Alexandra Thomas (daughter), Sydney Blake Thomas (daughter), Frank Thomas III (son), and Sterling Edward Thomas (son). But their relationship rising an unclear misunderstanding between them. After that, the duo parted their ways. Unfortunately, the couple ended their married life with a divorce in 2001.

What is the Net Worth of Frank Thomas?

Retired American pro baseball player, Frank Thomas has a net worth of $40 million as of 2022 earned from his career. From his professional career, he has earned $107 million in salary alone and tens of millions from endorsements from 1990 to 2008.

On January 26, 2006, he signed a contract with the Oakland Athletics to a one-year, $500,000 deal with incentives. After that, he signed a 2-year contract with the Toronto Blue Jays worth $18 million on November 16, 2006. He was scheduled to make $1 million (US) in the first season (with a $9.12 million signing bonus) and $8 million in the next season according to BlueJays. After earning millions from his career, he is living a life full of comfort.

His Advocate for Drug Testing

The former player Fank was advocating drug testing as early as 1995. In 2007, after hitting his 500th career home run, he stated,

“It means a lot to me because I did it the right way”, alluding to Barry Bonds’s then-ongoing pursuit of Hank Aaron’s career home run record”

Frank stands at a height of 6 feet 4 inches i.e 1.96 m. While his body weighs around 125kg. He has black hair color with the same eyes color i.e black.