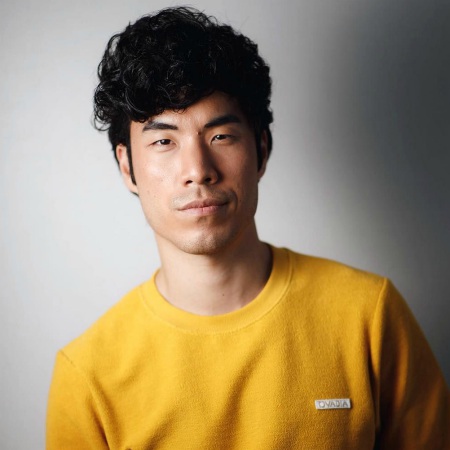 Is Eugene Lee Yang Dating His Boyfriend? Net Worth 2022

Eugene Lee Yang is an American filmmaker, actor, as well as and internet celebrity. He is widely famous for his work on the BuzzFeed series The Try Guys.

Grew up with two Sisters

Eugene Lee Yang entered this world on 18th January 1986, in Pflugerville, Texas, the United States of America. His horoscope is Capricorn. He is the only son of Min-Young (mother) and Jae Yang (father). His parents are Korean immigrants and his mother has appeared in BuzzFeed videos with Yang.

He grew up with his two sisters, Christie Yang and Whitney Yang. Eugene holds an American nationality while he belongs to Asian-American ethnical background.

He graduated from the University of Southern California in Los Angeles, California with a Bachelor of Arts degree in cinema production in the year 2008. While he was in school, he engaged in artistic activities including visual arts, illustration, theater, choir, and dance.

Eugene Lee Yang is currently dating his boyfriend, Matthew Joseph McLean. They started dating each other in the year 2019. As of now, their relationship is going well as they can be often seen together in some events.

He came out to a gay in a music video titled, I’m Gay. He said:

“I created this music video as my personal way of coming out as a proud gay man who has many unheard, specific stories to tell”

“I withheld because of fear and shame shaped by my background but I promise to give my full truth in the rest of my life’s work.”

How much is Eugene Lee Yang’s Net Worth?

Eugene Lee Yang has a net worth of $700k which he earned through his successful career as a filmmaker, actor, and internet celebrity. He previously earned around $39.993k to $114.8k as an annual salary from his work at BuzzFeed.

Eugene produced Asian Men Re-Create Iconic Underwear Ads, which explored the theme of Asian men as sexually inferior on 17th March 2017. In the same year, he started the Queer Prom event and the first installment was attended by such celebrities as Adam Lambert, Ryan Murphy, and Latrice Royale, among others.

He has produced and hosted Buzzfeed’s Queer Prom five-part video series. He has even collaborated with The Trevor Project which is a non-profit LGBTQ suicide prevention organization, to raise awareness on the incidence of suicide among LGBTQ youth.

To date, he has won various awards. He received the Unforgettable Male Breakout Star of the Year in the year 2015. In the year 2019, he won the Human Rights Campaign’s Visibility Award.

Eugene Lee Yang stands at a height of 6 feet. His bodyweight is around 82kg. Yang’s hair and eyes are brown in color.