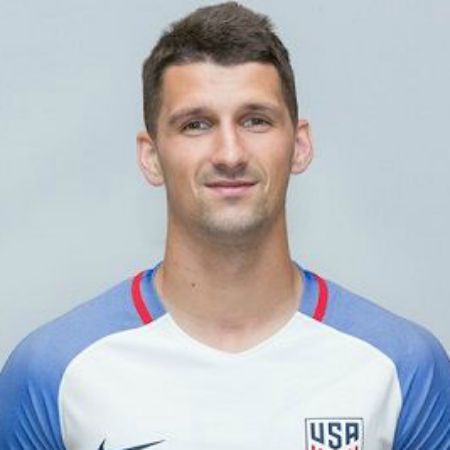 Eric Lichaj is a professional footballer, who plays for Hull City in the EFL Championship and representing the United States

What is Eric Lichaj Nationality?

Eric Lichaj was born on 17 November 1988 in Downers Grove, Illinois (United States of America). As of 2019, he is 31 years old with the birth sign Scorpio. He is the son of Stan Lichaj and Ann Lichaj. His family is from Nowy Targ, Poland. He has two older brothers, Andrew Lichaj and Mark Lichaj. Eric holds an American nationality and belongs to a white ethnic group.

Talking about his early life, he grew up along with his brothers in the United States. Since his childhood, he was very interested in football. At the age of 14, he entered the IMG Academy. Lichaj graduated from the University of North Carolina at Chapel Hill.

Eric Lichaj happily Married Kathryn Lichaj, How many Children did the couple share?

The American football star Eric Lichaj is a married man. His wife is Kathryn Lichaj. After dating for several years they tied their knot. They have two daughters, Ava and Lyla.

What is the Net Worth and Salary of Eric Lichaj?

Eric is one of the popular soccer players, who have to earn a decent amount of money throughout his career. Therefore, the evaluation of his net worth is around $1million. His prime source of income is his football career.

Eric Lichaj’s Career as a Footballer