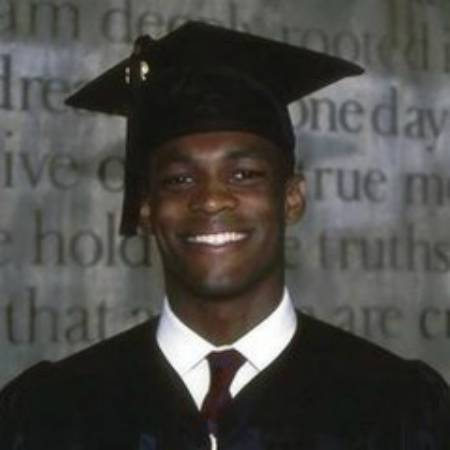 Ennis Cosby was the one and only son of a comedian, actor, musician author, Bill Cosby, and his wife Camille Cosby.

Ennis Cosby was born on April 15, 1969, in Cedars-Sinai Medical Center Los Angeles. As he already dies at the age of 27 years old with his birth sign Aries. As we already mansion that he was the son of Bill Cosby and Camille Cosby. Further, he has four siblings Evin Harrah Cosby, Erika Ranee, Ensa Cosby, and Erinn Cosby.

Ennis holds an American nationality and belongs to a mixed ethnic group.

Regarding his education, he attended George School which is a private boarding school outside Philadelphia. There he played football, basketball, lacrosse, and track and field. After that, he attended Morehouse College in Atlanta. Later he attended Landmark College after being diagnosed with dyslexia because the school had a program designed specifically for kids with a learning disorder.

Then he returned to Morehouse, where he made the dean’s list when his grade point average jumped from 2.3 to more than 3.5. He earned a bachelor’s degree in the year 1992 from Morehouse with a master’s degree from Columbia University in New York in 1995.

What is the Cause of Ennis Cosby Death?

At about 1:30 AM on January 16, 1997, 27-year-old Ennis Cosby was on his way to visit a friend, Stephanie Crane. At the moment he turned off Interstate 405 near Mulholland Drive in Los Angeles to try and fix a flat tire on his Mercedes.

After that, Ennis called Stephanie who came a few minutes later and shined her car lights on his car so he could fix the tire. Then an unknown assailant came up to the driver’s side window of Stephanie’s car and pulled a gun on her.
Fearing for her life, Stephanie drove away from the scene. After a minute later, she came back to see if Ennis was alright or not.

However, the unknown assailant had already shot him in the head and killed him by the time Stephanie returned. Then she saw the man running down the street away from the scene. Police disclosed that the killer may have tried to rob Ennis, but instead killed him because he was not fast enough in giving the killer money.

What was the Net worth & Salary of Ennis Cosby?

The information about Ennis’s net worth is not available at the moment. As we know that he worked at Alfred E. Smith Elementary School and also tutored students struggling with learning disabilities. So from that, he might have earned some amount of money as well. Being the son of famous celebrity parents we are sure that Ennis was living a lavish lifestyle in a luxurious way.

Talking about his father Bill Cosby, he has an estimated net worth of $400 million. He collected this amazing net worth from his career in the entertainment industry. As he was multi-talented and had skills of so many things, it is not that difficult to collect that sum of money for him.

Likewise, Ennis’s mother Camille Cosby has a net worth of around $20 million as of 2019. She successfully achieved this hefty sum of money being struggling in the producing field.

Therefore Ennis’s Parents met each other while studying at University. Gradually, the duo fell in love when they went on a few blind dates. After that, Camille quit college and live with Bill together. The duo exchanged wedding vows when Camille was just 19 years old in 1964. After that time, Bill was a struggling stand-up comedian.

Camille also completed her graduation from the university after her marriage. The couple welcomed five children Erika Cosby, Erinn Cosby, Ennis Cosby, Ensa Cosby, and Evin Cosby. Unfortunately, the family lost their two children Ennis Cosby murdered in an attempted robbery in LA in 1997 and Ensa passed from renal failure while awaiting a kidney transplant on 23 February 2018.