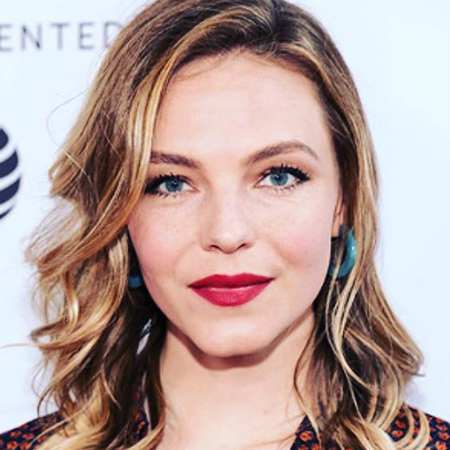 Eloise Mumford is an American actress. She is popularly known for her roles in the television series Lone Star, The River well as the film Fifty Shades of Grey(2015).

Eloise Mumford stepped into this world on September 24, 1986, in Olympia, Washington, the USA. Her sun sign is Libra. As of now, she is 35 years old. The name of her parents is Tom Mumford and Nancy Smith. She was raised in Olympia along with her older sister Anna Mumford, and younger brother Kai Mumford.

Eloise holds an American nationality and belongs to white ethnicity. She was primarily homeschooled in her native town till fifth grade and later attended Annie Wright School in Tacoma, Washington, and Capital High School in Olympia.

At the age of seven, she was inspired by a production of “South Pacific” which made her perform in high school plays and at Olympia’s Capital Playhouse. In 2009, she graduated from the Tisch School of the Arts of New York University.

Mumford is not married.

However, there were rumors that Eloise was in a relationship with her Fifty Shades Darker movie co-star Luke Grimes. Eloise acts as the character of Anastasia’s roommate whereas Grimes acts as Christian’s brother. There was another rumor that she had also a lesbian relationship with the movie star Dakota Johnson. It is also regarded as fake news.

How much is Eloise Mumford Net Worth and Salary as of 2022?

Presently, Mumford has a net worth of around $2 million as of 2022. She earned such a hefty amount of money from her brilliant performance in both movies as well as TV series. Similarly, she earns an average salary from $40 thousand to $120 thousand as per her roles in the movies. Likewise, she has featured in most of the movies of the romantic movie franchise Fifty Shades. She earns $30 thousand to $40 thousand per episode from the TV series.

What is the Height of Eloise Mumford?

Eloise Mumford has a perfect height of 5 feet 7 inches. Her body weighs 58kg. She has blonde hair and a pair of blue eyes. Furthermore, she has an attractive body that measures 36-25-34 inches.

After that, she got her first television role in 4 episodes of Crash as character Megan Emory. She has been seen in small roles of the television series Law & Order: Special Victims Unit, Mercy, and Christmas with Holly and Just in time for Christmas.

However, she got renowned for her role as Lindsay Holloway in five episodes of the Fox series Lone Star in 2010.

Moreover, she appeared as Lena Landry in eight episodes of the ABC paranormal/action series The River in 2012 and that was well-received by the audience.

Furthermore, she acted as Sash Stolezinsky in So Undercover in 2012. Likewise, in 2013, she was seen as Sue Lawson in Drones. Similarly, in 2014 she was seen in two movies, Not Safe for Work and In the Blood.

Nevertheless, she was most appreciated for her work in the 2015’s film “Fifty Shades of Grey” as Katherine “Kate” Kavanagh in the movie. And will be in the same role in 2017’s Fifty Shades of Darker.

Besides this, she is seen in many television series and films. Later on,  she was seen in Fifty Shades Darker (2017) and Fifty Shades Freed (2018).

Eloise Mumford while in college already had started to give shape to her career. During college, she starred with Jesse Eisenberg in a well-received short film “Some Boys Don’t Leave”.