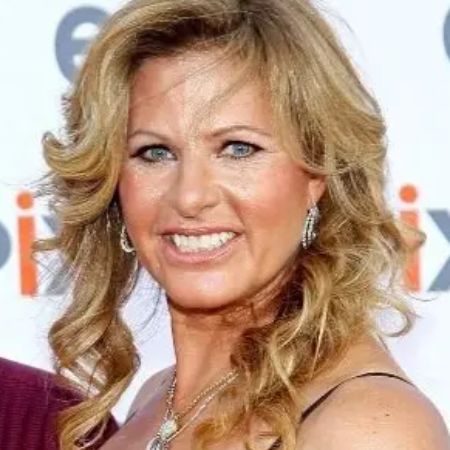 An American horse trainer and equine expert Elizabeth Anderson Martin rose to the media as the ex-wife of Canadian actor William Shatner.

What is Elizabeth Anderson Martin’s Age?

Elizabeth Anderson Martin opened her eyes to this beautiful world on December 30, 1958. She was born in the United States of America. As of 2022, she is 63 years old while her zodiac sign is Capricorn. She is also known as Elizabeth Shatner. She grew up with her brother. Her brother’s name was Daniel Leith Anderson.

Similarly, as a nationality, she holds American citizenship while she belongs to white ethnic background. Likewise, she follows Christianity as a religion.

Daniel Leith Anderson passed away on December 4, 2019, in Indiana at the age of 74. He was suffering from heart disease. The cause of his death was heart failure.

Elizabeth completed her graduation in Equine and Animal Science at Purdue University. It is located in  West Lafayette, Indiana, United States. Purdue University is a world-renowned, public research university that advances discoveries in science, technology, engineering, and math.

Who is Elizabeth Anderson Martin married to?

Elizabeth was married twice. She was married to Michael Glenn Martin. For the first time, Elizabeth and Michael met in 1983. Finally, they tied their wedding knot on 1992 and were together until his demise. The couple was together for 5 years.

Then, she married William Shatner. Elizabeth and William met in 1999. After dating for 2 years finally they exchanged wedding vows in 2001. After staying together for 18 years, they got separated in December 2019. William gave divorced Elizabeth just after her brother’s death. Elizabeth was William’s fourth wife. Elizabeth is single. She is not dating anyone at the moment.

Who did William Shatner marry before Elizabeth Anderson Martin?

William was married to Gloria Rand. William and Gloria tied their wedding knot on 1956 and they got divorced on 1969. The couple had three children together. Likewise, he was married to his second wife Marcy Lafferty in the year 1973. They were together for more than two decades and they got separated on 1996.

Then, he married his third wife Nerine Kidd. By profession, Nerine was a model. William and Nerine tied their wedding knot on 1997. They were together until her demise. She passed away on August 9, 1999, in a pool in their home.

Does William Shatner have children?

Yes, William Shatner has children with his first wife. William and Gloria welcomed their three children named Melanie Shatner, Leslie Carol Shatner, and Lisabeth Shatner. Leslie was the eldest child among her other siblings born on August 31, 1958.

How much is Elizabeth Anderson Martin’s Net Worth?

Elizabeth Anderson Martin’s net worth is estimated to be around $10 million. She earns this million amount from her professional career as a horse trainer and equine expert.

What is Elizabeth Anderson Martin’s Height?

Elizabeth Anderson Martin stands 5 feet 6 inches tall while her body weight is around 57 kg. Similarly, she has an alluring pair of grey eyes and her hair color is brown.