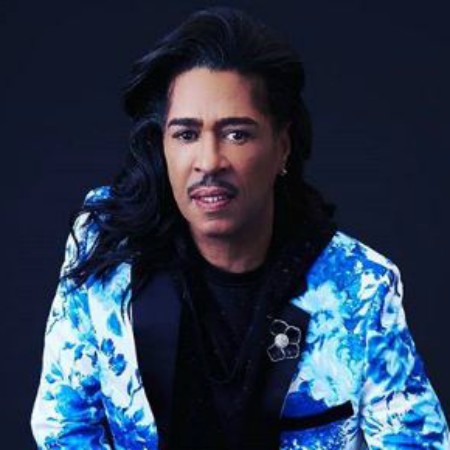 Elgin Charles Williams is an American celebrity stylist, author, as well as owner of a high-end salon located in the upscale Beverly Hills, Los Angeles who is widely famous as the Emperor of Hair.

Where was Elgin Charles Williams born?

Elgin Charles Williams entered this world in San Antonio, Texas, the United States of America. His father’s name is Edgar Willis Williams. His father was a biochemist while his mother was an award-winning blues singer.

Elgin holds an American nationality while he belongs to a mixed ethnical background. Similarly, he follows the Christianity religion.

He completed his high school education at Southside High School. Later, he attended St. Mary’s University in his hometown in San Antonio where he majored in Biology and Chemistry.

Williams Revealed that He is Bisexual

In the year 2018, Elgin came out as bisexual through his book, By the Way. He told in an interview that the reason he came out so late was because of the fear of his father.

Is Elgin Charles Williams Married? Does He Have a son?

Elgin Charles Williams was married to an Emmy Award-winning actress Jackee Harry on 1st December 1996. His ex-wife, Jackee is an American actress, singer, comedian, director, and television personality who is widely famous for her portrayal as Sandra Jenkins on the NBC TV series 227. There is no further information on how they met for the first time.

After dating for some years, they finally tied the wedding knot. However, after 7 years of marriage, they dedicated to separate their ways and divorced in the year 2003.

They have adopted a son, Frank Williams who recently graduated from Beverly Hills High and is seeking to become a professional boxer. Elgin and Jackee are on good terms even after divorce. Elgin is living a single life and focusing on his career.

How much is Elgin Charles Williams Net Worth and Salary as of 2022?

Elgin Charles Williams has accumulated quite a bit of net worth over the years through multiple income sources but the exact amount of his net worth is still missing from the media. Most of his earnings come from his high-end salon in Beverly Hills. Looking at his dedication to his work, we can assume that his net worth is not less than millions of dollars.

According to some online resources, a top celebrity stylist earns more than $100k annually in Los Angeles. Elgin might earn the same range of salary as a celebrity stylist. Also, he has earned some amount from his 2018 book By the Way, which sells for $24.99 a unit on Amazon.

As of now, Elgin surely lives a lavish lifestyle with his family members.

He has also appeared in plenty of talk shows such as Chris Rock’s documentary, Good Hair, the Style Network’s Split Ends, Oprah, The View, The Talk, and Wendy Williams. Further, he had his own top-rated VH1 reality series, Beverly Hills Fabulous, in which he himself starred.

Besides, he has also established himself as a writer. His books such as Believe It, Conceive It, and Achieve It that tell about his principles of styling as well as life in general.