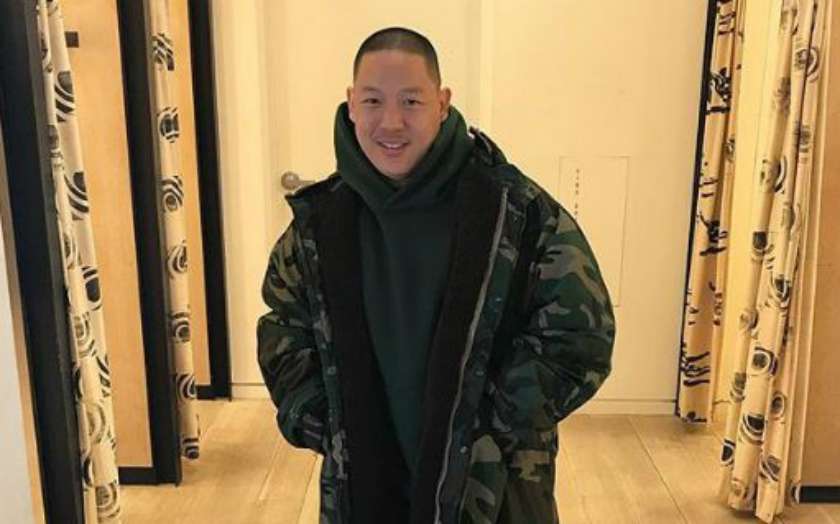 Is Eddie Huang Married? Who is his Wife? Also, Know About His Family & Brother

Eddie Huang, an American author, chef, restaurateur, food personality, producer, and an attorney has always maintained a low-key personal life. Apart from his career, he has a love life of his own.

Eddie has an attractive and wonderful personality which has won the heart of many ladies with his cute smile and gorgeous physique. Today, let’s know more about his personal life and other interesting facts about him below:

Is Eddie Huang Married? Who is his Wife?

According to his social media, Eddie Huang has seen with several ladies, and also seems to date with someone. Though he already established himself in the worldwide, he has not disclosed anything about his love affairs, married life, and wife. Previously, he engaged to his girlfriend, Dena from Scranton, Pennsylvania. However, the engagement between them did not last as long as they expected, while they called off their engagement 18 months later.

After his engagement got called off, Eddie was in a romantic relationship with Lena Sanvito and often posted pictures with her in his Instagram referring to her as a wife in the year 2013. However, he didn’t confirm his marital status so, any conclusion could not be drawn to it. Unfortunately, they didn’t last for long and ultimately called it quits as a matter of fact.

Does Eddie Huang have a Girlfriend?

As of now, Eddie is in a romantic relationship with his girlfriend, Julie Schott who is a model. The couple has been quite open about their relationship in Instagram and their social networking sites. They spent a lot of time together and seemed to be having a blissful relationship.

They have not talked about their marriage yet. Hope in the upcoming days, they will tie a wedding knot soon.

Eddie Huang was born on 1st March 1982 to Taiwan immigrants parents Jessica (mother) and Louis Huang (father). However, his parent’s ancestral homes were in Hunan and Shandong of Mainland China. Later, they moved to Washington, DC, where Huang grew up alongside his younger brothers Emery Huang and Evan Huang. After that, his family moved to Orlando, Florida where his father managed restaurants.

While growing up, he faced a lot of bullies and troubles because he was overweight for his age. Also, his parents made it apparent, which bothered him a lot. Because of the bullies, Eddie became insecure about his height, weight, and his looks. His neighbor’s kids were also very racist towards him due to which he frequently got into fights.

Despite the troubles, Eddie did not miss to get an education. He graduated with a BA in English and Film from Rollins College, Florida, United States. After then Eddie joined the University of Pittsburgh and completed his further education. Moreover, he gained JD from the Cardozo School of Law at Yeshiva University.

Related Posts of Is Eddie Huang Married? Who is his Wife? Also, Know About His Family & Brother