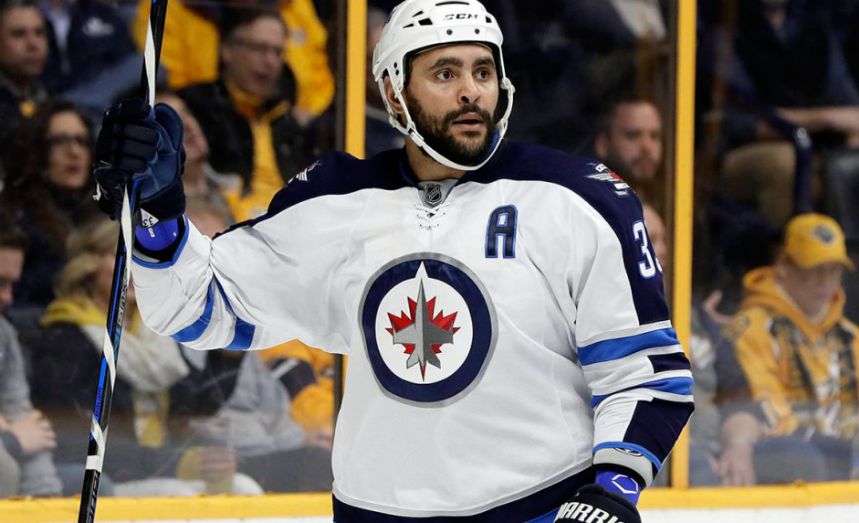 Dustin Byfuglien is a popular ice hockey player from America. He is currently playing and serving as an alternate captain for the Winnipeg Jets of the National Hockey League (NHL). Furthermore, he has also played for other renowned teams like Chicago Blackhawks and AtlantaThrashers.

As we know, Dustin is a married man. He is married to his long term girlfriend, Emily Byfuglien. The couple dated each other for more than 10 years and already had a daughter, Kira who was born in the year 2011. Later, they got married in the year 2014. Their marriage happened in a private ceremony. Currently, the couple is living a happy married life together in a lakehouse in Canada.

They have three children together: Kira, Kai, and Theo. All of their children were born in Winnipeg. Their first child, Kira was born on 28th December 2011. She weighed around seven pounds when she was born. While their second child, Kai Byfuglien was born in the year 2015.

Dustin’s youngest child, Theo Byfuglien was born in August of 2017. He was around six pounds. Their parents have done their best to give their children the optimal environment. Moreover, Dustin Byfuglien has done his best as a loving husband and a capable father.

Dustin Byfuglien had a quiet but fun-filled childhood day. He grew up in Roseau, Minnesota which is the small town. He was not adopted while he is the son of Cheryl Byfuglien (mother) and Rick Spencer (father). His father is an Afro-American while his mother is of Norwegian and Swedish descent. His parents never got married. However, he was raised in Roseau, Minnesota by his mother and his stepdad Dale Smedso who is a former ice hockey player while his biological father played football.

Furthermore, Dustin Byfuglien was exposed to ice hockey at a young age and he instantly loved the sports. He worked for his step-dad in a sporting-goods store. Dustin enjoys doing many outdoor activities such as snowmobiling, ice fishing, and hockey. He did try football, but he did not like it. At the age of fifteen, Dustin moved to Suburban, Chicago. Later, he moved to Canada to play Juniors hockey.