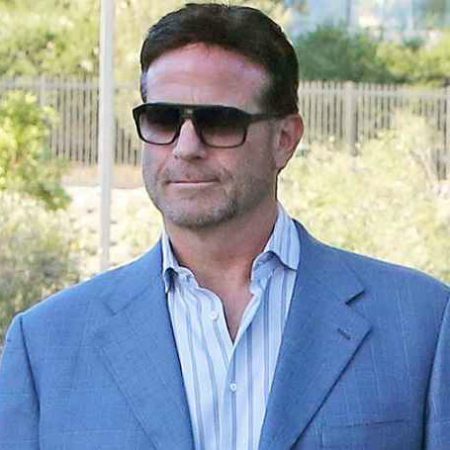 Doug Spedding is a retired Orange County businessman who came to the media spotlight as the ex-boyfriend of the famous TV personality and Flip or Flop star, Christina El Moussa.

What is Doug Spedding Nationality?

Doug Spedding was born in the year 1962 in the United States of America. Currently, he is 57 years old. Doug holds an American nationality and belongs to a white ethical background. Talking of his body physique, Doug Spedding is just a few inches taller than his ex-girlfriend, Christina who stands at 5 feet 9 inches. He has got a light brown hair color with brown eyes color.

How much is the Net Worth of Doug Spedding as of 2019?

Doug Spedding’s net worth amasses from his career as an auto dealer. Doug and his ex-girlfriend, Christina purchased a house in the year 2013 that has a market value of around $2 million. In the year 2008, he suffered a financial crisis after the housing business crashed in the United States of America.

Doug and his ex-girlfriend living in a house leased at $6000 per month but later, they moved to an apartment that cost them about $700 per month due to the financial crisis. However, a few later, their reality show related to home renovation got very popular and they started making $10,000 per episode from the show.

Who is Doug Spedding Currently Dating?

Moving towards her personal life, Doug Spedding was in a relationship with Christina El Moussa. However, they separated their ways. The reason for their separation was his involvement in drug abuse. Doug got charged for the possession of drugs.

He also pleaded guilty to the drug possession and completed an 18-month diversion program., Before dating Christina, he was in a romantic relationship with Tracy Diaz. Later, due to some reasons, they broke up.

Doug has six children from his multiple relationships with numerous women and none of them has been made public yet. Similarly, he has not even disclosed any details about his children. Spedding has faced various controversies. Likewise, he faced an accusation of domestic violence.