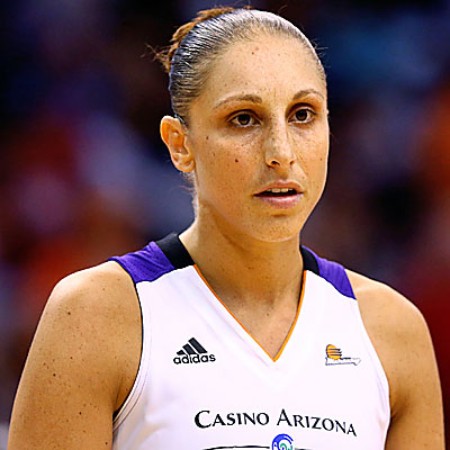 How old is Diana Taurasi?

Diana Taurasi opened her eyes to this beautiful world on June 11, 1982, in Glendale, California of United State of America. Her full birth name is Diana Lorena Taurasi. She is 39 years old as of now. According to her Birthdate, her astrological sign is  Gemini. Diana celebrates he birthday on the 11 of June. Taurasi’s father’s name is Mario and her mother’s name is Liliana. Diana’s father was a professional soccer player in Italy.

Diana has one older sister as her sibling. The name of her older sister is Jessika Taurasi. Diana is raised along with her sister together. Diana holds American citizenship and belongs to the white ethnic group. Likewise, she follows the Christian religion.

Where did Diana Taurasi go to school?

Diana went to Don Antonio Lugo High School for her higher schooling in California. When she was in high school she used to take part in many basketball games. After high school, she joins the University of Connecticut. After joining the university she played varsity basketball for the women’s basketball team.

For how long did Diana Taurasi sign the contract?

Diana has signed a contract for 2 years with the Phoenix Mercury for $449,544. They guaranteed $449,544 for 2 years. and an annual average salary of $224,772.  If she will do well and good in her game then the contract and he salary have a chance to grow up. Her position on the WNBA Stats is the guard.

Who is Diana Taurasi married to?

Taurasi is living a conjugal life right now. Diana is married to Penny Taylor. The couple tied their knot on May 13 of 2017. Penny is the format teammate of Diana. They met each other during their basketball career and they dated for 8 years before marriage. At the time of Diana’s marriage,

Penny was the Phoenix Mercury Director of Player Development and Performance. The pair are living a very happy and blissful, life right now with two of their children.

Does Diana Taurasi have a child?

Diana and her wife Penny are blessed with two children after their marriage, one son and one daughter. Leo Michael Taurasi-Taylor is the name of their son. Leo was born on 1st March 2018. The name of their daughter is not obtainable till now.

What is Diana Taurasi’s Net Worth?

As of 2022, the estimated net worth of Diana is around $5 million. From her long career in the professional sports industry for more than a decade, she is being able to make a very handsome amount of money. So, the main source of income for her net worth is from her career as a basketball player.

Diana is living a very luxurious and comfortable life with her family in the USA. Likewise, she receives $119,500 in her annual salary. She also earns some sort of money from Instagram as well.

What are the controversies regarding Diana Taurasi?

Once Diana was accused of taking a banned substance but she denied it and claimed the laboratory for framing her. To prove her innocence she even visits to the extent of undergoing a polygraph test.

After investigation, the laboratory report was proved to be fake and she was proved innocent. And Taurasi cleared all the charges. This incident became very popular in the media.

When will Diana Taurasi retire?

How tall is Diana Taurasi?

Diana looks tall in her photos. She stands the height of 6 feet tall. Taurasi has a healthy weight of around 74 kgs according to her height. She has a very beautiful eye of brown color and owns dark brown color hair. Likewise, Diana’s body measurement is 36-25-35 inches.