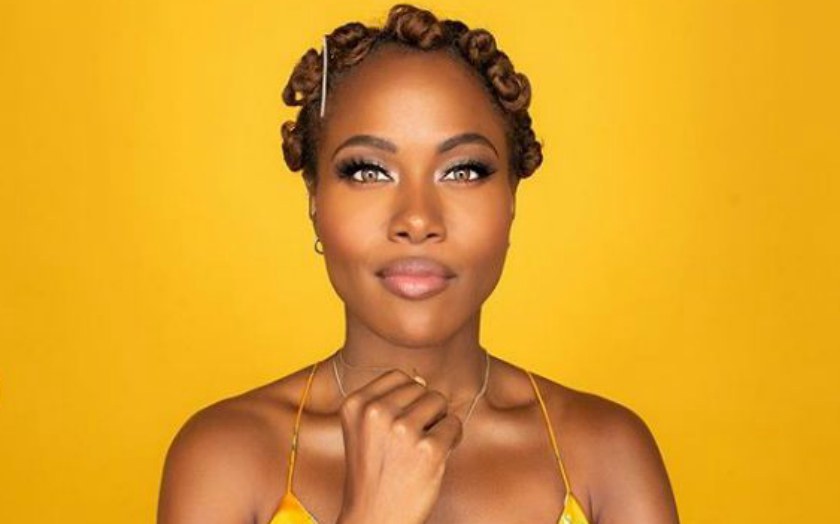 DeWanda Wise is an American actress who has appeared in multiple awards winning short films and independent features including, Precious, Spinning into Butter, and other many more.

She is active in the film industry since the year 2006 and has featured in numbers of films and TV series including Spinning into Butter, Precious, Steam, Smoking/No Smoking, and knucklehead.

Despite a busy career, DeWanda maintains a good relationship with her husband, Alano Miller. Her fans might have some knowledge of her career but not about her married life and her husband.

Who is DeWanda Wise Husband? Who is she Dating Currently?

DeWanda Wise is happily married to an American actor Alano Miller. Her husband is famous for his role in the short-lived WGN America drama series Underground. The couple tied the wedding knot on 26th June 2009 and has been enjoying their marital life ever since. The couple has not only limited their love in personal life; they are seen together in the television series, Underground.

After dating for around 3 months, they tied the wedding knot in an intimate ceremony held between their close friends and family. DeWanda even confessed she knew Alano was the one with whom she wanted to spend her whole life in a statement. They are sharing a very healthy marital bond with no signs of divorce. Though they are together for over 10 years now, they don’t share any children until now. It seems like both of them are currently busy and focused on building their future.

Apart from her relationship with Alano, DeWanda has not dated any other person in her life. Also, she is not linked with any man outside of the reel life.

Also Read: Who is Milos Mihajlovic Married to? Who is He Dating Currently?

Does DeWanda Wise have Kids?

As we already mentioned above, the couple hasn’t shown any hints of getting a baby even after ten years of married life. DeWanda might be focusing on her career and doesn’t want to engage in the parental role by getting pregnant and having children. Despite the couple’s reluctance, their fans want to see them getting kids and enjoying full perks of family life till their old age.

Where is DeWanda Wise from?

DeWanda Wise is from the Jessup, Maryland, United States of America. Later, she was raised in Woodlawn, Laurel, and Baltimore. DeWanda holds an American nationality and belongs to the African-American ethnicity.

DeWanda attended Atholton High School where she got her first acting offer from school theatre director, Nathan Rosen in a production lieu de of detention.

She graduated in the year 2006 from the New York University’s Tisch School of the Arts with a bachelor degree in fine arts in drama and urban studies.

Related Posts of DeWanda Wise and her Husband Alano Miller are Married since 2009/ ? Is DeWanda Wise Dating Anyone Currently?