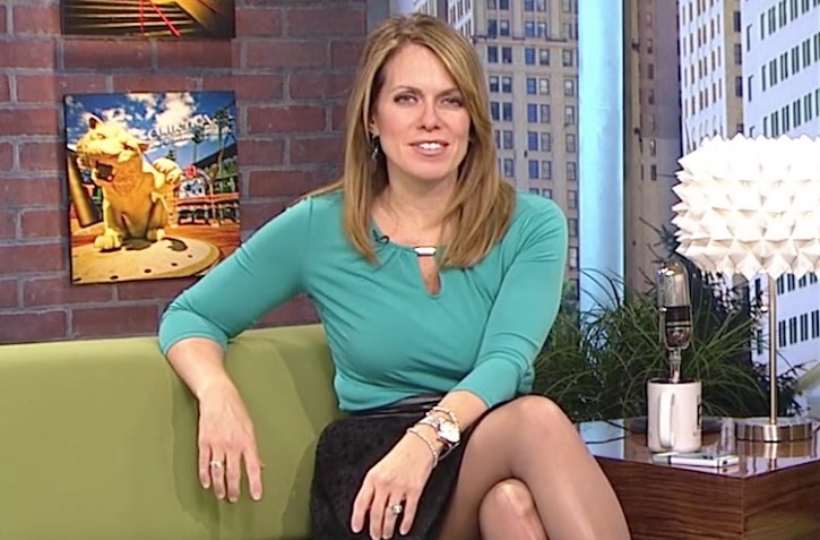 American journalist, Deena Centofanti is famous for working as the anchor of FOX 2 Network for more than two decades. She is one of the most notable journalists in the United States.

Deena has worked in various other networks. In this article, we’ll be disclosing more than her personal life rather than her professional life. We will talk about her husband, children, family, and many more.

Yes, Deena Centofanti is still married. She tied the wedding knot to her long-term boyfriend, Keith Stironek. They met for the first time in the year 1990. After that, the couple became close friends, which later turned into a romantic relationship over time. Deena talked about her relationships and marriage to Keith with the media saying:

“As I moved on to slightly higher-paying jobs, Keith did too. At times there were many miles between us, but we always felt like a team. Finally, in 1996, we got married- and that was just the beginning of many blessings.”

After several years of their dating, they shared the wedding vows on 16th June 1996 in a private wedding ceremony where their close friends and family were invited. Although it has already been more than two decades, their married life is going smoothly without any sign of divorce or extramarital affairs.

Who is Deena Centofanti’s husband?

Deena’s husband, Keith Stironek is currently serving as the Vice President for Creative Services & Programming at FOX 2 Network. Previously, he worked there as a production director. Keith opened his eyes somewhere in the United States of America.

Other than this, there is not much information on Keith’s personal and professional life. He received the media spotlight just because of his wife, Deena.

Does Deena Centofanti have a daughter?

Deena has three children, two daughters, and a son. Her daughters are Ellie and Sophie Stironek while her son is Casey. Deena often mentions that she has a special bond with all of her three children. She stated:

“In 1999, I became a mom- and that little boy introduced me to a new level of love. I stayed up late researching everything I could after how to raise a healthy, happy child. That’s when I got the opportunity to be the health reporter. I didn’t take it lightly at the time, and this is still a job I consider to be an honor and a challenge.”

“As my work life blossomed, so did my family. I gave birth to a daughter in 2002 and then another baby girl in 2005. My three children keep me fulfilled beyond words-as they often keep me humble as well.”

No, Deena is not Italian. She was born in Hudson, Ohio, United States, so she holds an American nationality and she belongs to white Caucasian ethnicity.

Where did Deena Centofanti go to College?

Deena finished her high school education at Turpin High School in Cincinnati. After that, she joined Miami University in Ohio and she completed her graduation from there with a bachelor’s degree in broadcast journalism.