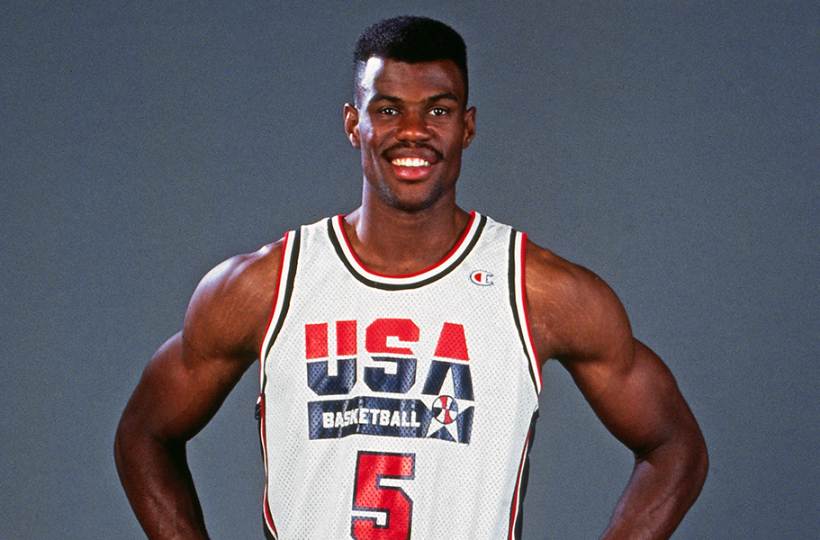 Former American basketball player, David Robinson is the co-founder of IDEA Carver Academy. During his active days, he played for the San Antonio Spurs in the NBA.

Like his professional life, his personal life has become a huge curiosity to his fan followers. Stay with us to know more about his wife, children, family, and other many interesting facts.

When did David Robinson get married?

David Robinson is a happily married man. He tied the wedding knot with his lovely wife, Valerie Hoggatt. The couple has not mentioned their first meeting but it is sure that the couple dated for several years and finally shared the wedding vows on 16th December 1991 at a private wedding ceremony.

It has been two decades since they have shared their wedding vows and their marriage is still going smoothly. The couple seems like each other’s first love because there is no information on their past dating history. To date, the couple has not faced a single rumor regarding their divorce or extra-marital affairs.

Who is David Robinson’s Wife?

Valerie is David’s wife. She prefers to stay away from the media spotlight so there is not much information on her both private and professional career. It is known that she was listed among the top 9 hottest wives of NBA players.

Further, she has been involved in several philanthropical works with her husband, David. Together, they have established a non-profit public charter school the Carver Academy.

Does David Robinson have a son?

Yes, David is blessed with three sons from his marriage. His sons are Justin Robinson, Corey Robinson, and David Robinson, Jr. David Jr was born in the year 1993 while Justin and Corey were born in 1995 and 1996 respectively.

His first son, David Jr is a founding member of real estate and businesses while his other two sons are professionally involved in sports. Justin is a basketball player and Corey is a football wide receiver. David has a special bond with all of his three sons.

Did David Robinson serve in the military?

Yes, David served in the military in his past days. After completing his graduation from some Navy school he worked at the Naval Submarine Base Kings Bay in Georgia.

Who are David Robinson’s Parents?

David is the son of Freda Robinson (mother) and Ambrose Robinson (father). His father was in the United States Navy so the family used to move to several places in the US. David never mentioned the identities of his siblings to the media.

After his father retired from the military, the family finally settled in Woodbridge, Virginia where David spent his childhood days with his siblings.

Where did David Robinson go to College?

David graduated from Osbourn Park High School in Manassas, Virginia in the year 1953. After that, he attended the United States Naval Academy in Annapolis, Maryland where he majored in mathematics. He completed his graduation at the University of the Incarnate Word in San Antonio, Texas.