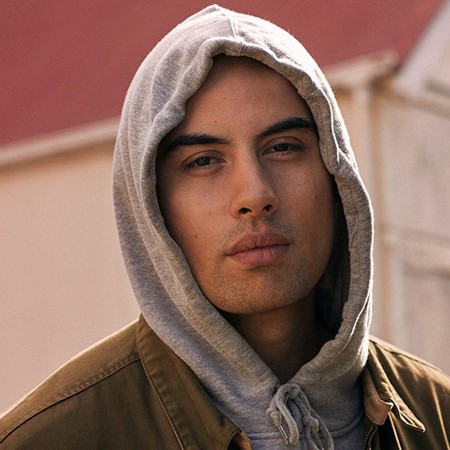 What is David Dallas’s Age?

On August 28, 1982, David Dallas opened his eyes to this beautiful world. He was born in Auckland, New Zealand. As of 2022, David is 40 years old. His full name is David Keith Dallas. David’s sun sign is Virgo. He celebrates his birthday on the 28th of August every year.

He holds New Zealand citizenship and belongs of European descent. Likewise, he follows Christianity as a religion.

Where did David Dallas go to College?

David completed his high school at Papatoetoe High School. He graduated with a BSc in Computer Science at the university.

David is in a marital relationship. He has tied the knot with his long-term girlfriend Leilani Momoisea. By profession, his wife is a Radio New Zealand journalist. They are happy in their relationship and are enjoying their life.

What is David Dallas’s Net Worth?

As of 2022, David’s estimated net worth is around $1.5 million. He makes that much money thanks to his success as a hip-hop artist.

A New Zealand hip-hop musician makes, on average, 81,200 NZD per year, claims the source. Similarly, he might make the same amount of money from his work as a pop singer.

On October 7, Something Awesome won Best Urban/Hip Hop Album at the 2010 New Zealand Music Awards after being shortlisted for the 2010 Taite Music Prize.

What was David Dallas’s highest-selling album?

David’s best-selling record was Rose Tint. A deluxe retail edition was published in October 2011 in response to high demand, and it shot to the top of the hip-hop chart in New Zealand very rapidly. The Rose Tint was nominated for three New Zealand Music Awards and placed on the Taite Prize shortlist in 2012.

Was David Dallas a part of the WWE music group?

No David was not the part of WWE music group but his song was made part of the group. The Usos So Close Now theme song was composed and performed by David, and it was made available on iTunes on October 31, 2011, as a product of the WWE Music Group.

Was David Dallas’s song in the Video game?

The 2013 song Runnin’ by David was in the Madden 25 video game trailer and FIFA 14 as well. Hustle, a 2022 movie starring Adam Sandler, also features it.

Are David Dallas and Eminem friends?

David and Eminem are friends. As David provided support for Eminem for his debut performance in New Zealand in February 2014 at the Western Springs event Rapture.

Which of David’s songs was No 2 on the New Zealand chart?

Falling into Place, his third studio album came out in New Zealand in October 2013. The table was on New Zealand’s album chart at No. 2. Likewise, in  January 2014, the lead song Runnin earned a platinum certification.

What is David Dallas’s Height?

With a height of 5 feet 1 inch and a weight of roughly 50 kg. David is of average height. He also has gorgeous short dark brown hair and attractive brown eyes.

Awards and Nomination of David Dallas

What is the nationality of David Dallas?

Are David Dallas and Eminem friends?

David and Eminem are friends. As David provided support for Eminem for his debut performance in New Zealand in February 2014 at the Western Springs event Rapture.

What is David Dallas’s Height?

David Dallas stands at the height of 5 feet 1 inch tall.