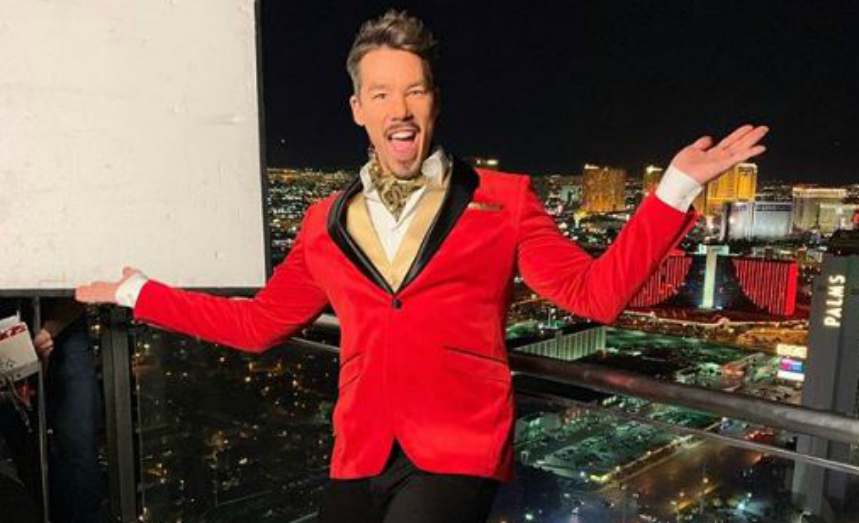 Is David Bromstad Married or in a Gay Relationship, Who is His Partner?

David Bromstad is famous as the winner of the debut season of HGTV’s Design Star. American designer who also has his own company, Bromstad Studio. He has been a top designer for a very long time and is a successful TV personality as well. Also, he has hosted HGTV’s My Lottery Dream Home.

Is David Bromstad Married? Who is his Boyfriend?

David Bromstand has kept his private life on a low-key. He rarely talks about his personal life on the media and public. However, in one of his interviews with south Florida gay news, he slightly opens about his love life. David said that he has been dating his gay boyfriend, Jeffrey Glasko for eight years (2004 to 2015) at the time of the interview in the year 2012. Before their relationship, the couple had seen on different occasions but never talked with each other. Later, they met at a bar at Firestone in Orlando, at a valentine’s day single party, that was where they kicked off their dating life.

After 8 years of their relationship, the couple had a nasty breakup. According to his boyfriend Jeffrey, the cause of their breakup was as a result of David’s drugs and a drinking problem. Since his breakup with Jeffery Glasko in the year 2015, there were rumors of David dating again but no solid proof of him dating has actually surfaced. No other information relating to David’s love life has surfaced on the media or public till now. Currently, he isn’t married yet and also has no kids. However, he seems to be focusing more on his career.

How did they meet?

According to David’s statement, the couple met at a bar at Firestone in Orlando on Valentine’s Day at a Single’s Party. David also said that he had a crush on him for years but was never formally introduced to him until one day; and said they fell in love really quick.

However, he said that there was a time when he used to like girls and that he was straight but maybe something or someone changed him.

David Bromstad has openly identified his sexual orientation as gay. The American designer made this revelation during an interview in the year 2012. Since then, he has joined the long list of media stars such as Anderson Cooper, Andy Cohen, Ellen DeGeneres, and others who have equally identified as gay.