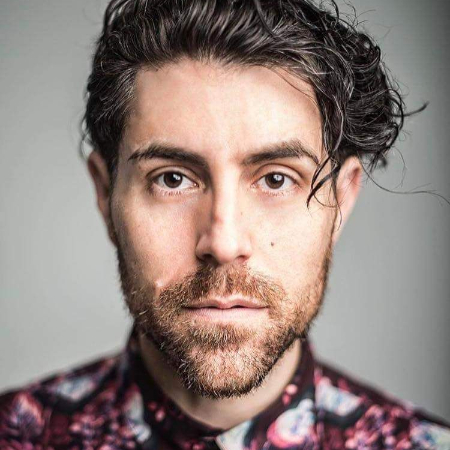 Does Davey Havok Have a Wife? What’s His Net Worth?

American singer and musician, Davey Havok is the lead singer of the punk rock band named “AFI”. He and his band rose to popularity after releasing some hit songs such as “Girls Not Grey”, “Miss Murder”, and “Medicate”. Moreover, he is also a member of the electronic band named “Blaqk Audio”.

What Is The Real Name of Davey Havok?

Davey Havok was born David Paden Passaro on 20th November 1975 in Rochester, New York. He is of Italian ancestry. When he was just 5 years old, Davey’s father died. Later his mother remarried and David took the surname of his step-father. And changed his name to David Paden Marchand.

After his father’s death, his family went to Ukiah, California, and studied at Catholic schools. In the year 1993, Davey completed his high school education at Ukiah High School. In his high school, Havok formed a band but not a single band members were able to play instruments. He also attended the University of California, Berkeley. But after joining the band “AFI”, Davey left his studies and never went back to the University.

How Rich Is Davey?

As we have mentioned above, Davey formed a band when he was in high school and later that band became “AFI”. And he has earned a lot of fame, name, and wealth from his musical career.

According to the celebrity net worth, Davey Havok has an estimated net worth of $20 million, as of 2022 which easily shows that he is enjoying his life by living in a lavish and luxurious way. Davey earned this amount of wealth by being a member of bands such as “AFI”, “Blaqk Audio”, “XTRMST”, and “Dreamcar”.

Is Havok A Vegan?

Yes, the famous singer Havok is a vegan. In the year 2007, he became the winner of pets2’s contest “World’s Sexiest Vegetarian”. Moreover, Davey was seen on the cover of the magazine “Vegan Health and Fitness” in March and April 2015.

He even mentioned reading the book of John Robbins “Diet for a New America”, which inspired him to be a vegan. However, Havok had his tattoo “blacked out” and he said,

“I’m constantly changing, and it’s an attempt to cover up bad decisions with worse decisions. That’s how I live life.”

Who Is Davey Havok Dating?

Well, Davey has kept his personal life a big mystery. He hasn’t let his relationship come in front of the press. But some of his relationships are known by the media. Previously, he was engaged to an English Actress Monica Parker for a year from 2001 to 2002. However, Davey is often seen hanging out with Ivy Levan, who is an American singer.

But both of them have not said anything about their relationship in front of the public. Maybe they are close friends. Currently, Brittany Bowen and Davey Havok are dating, according to some sources. Brittany is an American model. Moreover, there are some rumors that Davey is the first boyfriend of Bowen. And she hasn’t dated anyone before him.

Who tall is Davey Havok?

Davey stands a good height of 5 feet 10 inches (1.78 meters) tall. And has maintained a good bodyweight of 55 kgs (121 lbs). Moreover, he has a pair of brown eyes and has a silky black hair.