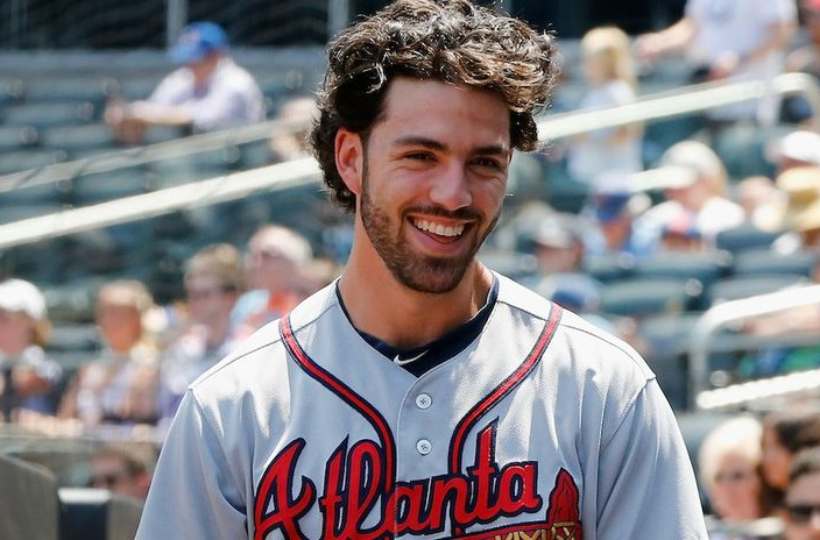 American professional baseball player, Dansby Swanson is famous for playing the Atlanta Braves of Major League Baseball (MLB) as their shortstop. He started playing baseball in his college days for the Vanderbilt Commodores.

In this article, we are going to explore more on his personal life which includes his girlfriend, parents, education, and many interesting facts.

Is Dansby Swanson in a Relationship?

Yes, Dansby Swanson is in a romantic relationship with his lovely girlfriend, Mallory Pugh. As the couple prefers to keep their love life far away from the media spotlight, the love history between them is yet to be disclosed. It is known that the couple met each other through a mutual friend, Jace Peterson. The couple has been dating since 2017 and they have been inseparable ever since.

They prefer to keep a fine line between their personal and professional career, so there is no information regarding their marriage plans yet. However, the couple often uploads each other’s pictures on their respective social networking sites. Looking at their photographs, we can easily say that they are having a happy and healthy relationship.

Who is Dansby Swanson’s Girlfriend?

Dansby’s girlfriend, Mallory Pugh is an American soccer player. She opened her eyes as Mallory Diane Pugh on 20th April 1998, in Littleton, Colorado, the United States of America. She was the youngest female player to play for the United States national team during an Olympic in January 2016.

Currently, she is playing for the Chicago Red Stars of NWSL as their forward. Previously, she played for two different clubs, Washington Spirit and Sky Blue FC.

Previously, Dansby was in a relationship with Kara Sheft. The couple met each other while attending the same university, Vanderbilt University. They even completed their graduation together but things started to fall apart between them so they decided to part ways.

After that, Dansby was rumored to be in a relationship with an advertiser, Katy Huffman. Neither Dansvy nor Katy ever confirmed their relationship to be true, so after some months, the rumor vanished itself.

Who does Dansby Swanson play for?

Currently, Dansby is playing for Atlanta Braves as their shortstop. he joined the baseball team on 9th December 2015. Previously, he plated with the team, Arizona Diamondbacks for around a year.

Who are Dansby Swanson’s Parents?

He grew up with his brother, Chase Swanson, and a sister, Lindsey Swanson in Marietta, Georgia. His brother is also a former baseball player while his sister is a former softball player.

Where did Dansby Swanson go to college?

Dansby finished his high school education at Marietta High School, in Marietta, Georgia. He even played baseball and basketball there. After that, he enrolled at Vanderbilt University, in Nashville, Tennessee and he completed the graduation from there.