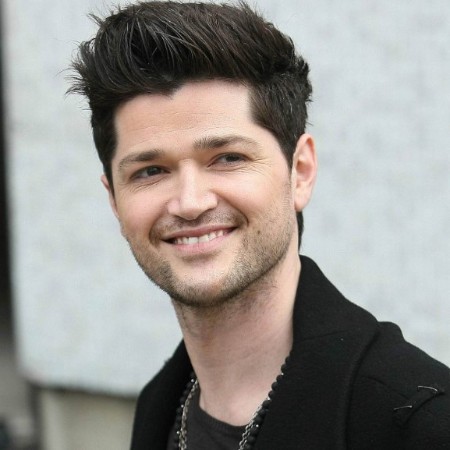 Irish singer-songwriter Danny O’Donoghue is known for being the frontman of the Irish rock band The Script.

Who are Danny O’Donoghue’s Parents?

Danny O’Donoghue opened his eyes to this beautiful world on October 3, 1980, in Dublin of Ireland. This makes Danny 42 years as of now. By birth, the full name Danny is Daniel John Mark Luke O’Donoghue. Danny loves to celebrate his birthday every 3 October with his friends and family. According to his date of birth, he falls under the Libra sun sign.

Danny was born to Shay O’Donoghue (father) and Ailish O’Donoghue (mother). He has five siblings whose names are Andrea O’Donoghue, Ian O’Donoghue, Mandy O’Donoghue, Dara O’Donoghue, and Vicky O’Donoghue. Danny holds Irish nationality and belongs to mixed ethnic background. Likewise, he has faith and belief in the Christian religion.

Where did Danny O’Donoghue complete his study?

Danny has completed his schooling at The National Performing Arts School (NPAS). After his schooling, he went to St. Benildus College but he did not complete his study to make his career in music.

Who is Danny O’Donoghue’s current girlfriend?

Danny is living a single life as of now. But he was rumored to be dating Suzana Buuron. But Suzana has said that she is not dating the Irish songwriter and singer. She said:

“I’ve tried to alert Danny so much and I even looked for a sister of his to alert that I was not responsible for these photos, but they never answered me – on the contrary, I think the sister even blocked me.”

She said that the photos of her with Danny are fake. On the other hand, Danny was rumored to be dating Bo Bruce. He said that he was not in a relationship with Bo. She was just a good friend of each other he added.

Past Relationship of Danny O’Donoghue

Additionally, he was in a relationship with Janine Tugonon. He dated Janine in the year 2013. On the other hand, Danny dated Anais Naing. Anais is an events manager. They dated each other for two years.

What is the Net Worth of Danny O’Donoghue?

As of 2022, Danny has an estimated net worth of $16 million approximately. Danny is earning this huge sum of money from his professional career as a singer and songwriter. Danny has been associated with a hit band which also pays him a huge sum of money.

Did Danny O’Donoghue has a drinking problem?

Danny used to be addicted to drinking in the year 2021. In an interview he said:

“If I’m being honest, I struggled a little bit the second time around. I was drinking too much, had Deliveroo and Just Eat on speed dial,”

How tall is Danny O’Donoghue?

Danny stands at the height of 6 feet 3 inches tall. He has a body weight of 66kg. On the other hand, he has an attractive pair of brown color eyes and black color hair.

When did Danny O’Donoghue’s parents die?

Does Danny O’Donoghue have any tattoos?

Danny has one rose tattoo on his left arm. He inked this tattoo by dedicating it to his late father. Additionally, he has even written a song with the title If You Could See Me Now.

Is Danny O’Donoghue a football fan?

Danny is a huge supporter of the English Premier League club Manchester United.

Has Danny O’Donoghue got a child?

Danny does not have a child. He said: