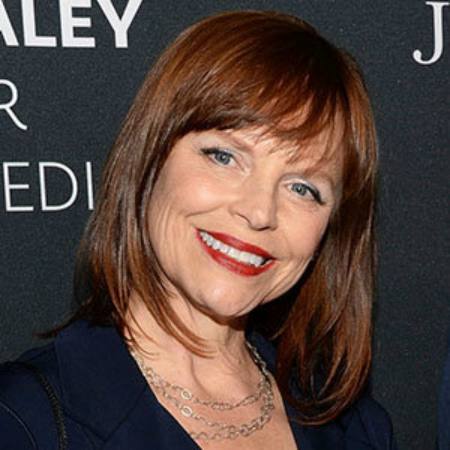 Cynthia Blaise is an American actress, speech trainer, and dialect coach who is famous for her work in movies such as 8 Mile, Star Trek V: The Final Frontier, The Tiger Hunter, and Key & Peele.

People also recognized her as the ex-wife of an American actor, comedian, writer, and producer Keegan-Michael Key.

Cynthia Blaise was born in the year 1958, somewhere in the United States to American parents. Cynthia holds American citizenship and belongs to a white ethnic background.

Regarding her academic background, she is a proud graduate of the University of Oregon where she earned a Bachelor of Arts in Theatre. She enrolled at the University of California and received a Master of Fine Arts Degree.

Is Cynthia Blaise still Married? Who is her Ex-Husband?

Cynthia Blaise is a divorced woman, she seems to be single at the moment. Previously, she married famous celebrity Keegan-Michael Key. They met while working together at the Detroit Repertory Theatre. After dating some time, they tied the knot on 27th December 1998, though Cynthia was 14 years senior.

After a 17-year marriage, Key filed for divorce citing irreconcilable differences on New Year’s Eve in the year 2015. Later they separated in November 2015.

However, the ex-couple doesn’t have any children from their marital affair. As per the source, Blaise claimed the separation caused her health problem which resulted in weight and hair loss, severe anxiety, PTSD, and depression. On 16th November 2017, the couple’s divorce was finalized.

Shortly after that, Michael engaged to Hollywood producer and director, Elisa Pugliese. On 8th June 2018, the pair exchanged vows. Meanwhile, Cynthia is possibly single and living her happy life in a luxurious way.

What is the Net Worth & Salary of Cynthia Blaise?

Being an actress and dialect coach at the same time, Cynthia must have accumulated a huge sum of money from her career. Though the exact figure of her net worth is not disclosed yet. However, her debut movie, Star Trek V: The Final Frontier, grossed $63 million against its production budget of $27.8 million.

Besides this, Cynthia gets paid $34,000 monthly in spousal support, including 21% of Keegan-Michael’s Key income from all sources in excess of $2,153,846, as per the term of the divorce documents. However, the spousal support shall not exceed the amount of $700K gross each year.

Cynthia won their vacation home in Mexico and her 2016 Subaru Crosstrek. Not only this but the court also ordered Michael to divide his assets which adds $655,649 to Blais’ net worth.

The couple used to reside in Los Feliz in a home that sold for $1.48 million. On the other hand, her ex-husband Keegan-Michael Key is an American actor and comedian who has a net worth of $7 million as of 2019. Looking at this, we are sure that Cynthia lives a lavish lifestyle in a luxurious way along with her children.

As a Dialect Coach

After two years, Cynthia got the chance to work with the likes of Chris North on the telefilm ‘Bad Apple’, Johnny Knoxville and Elizabeth Banks on the musical comedy ‘Daltry Calhoun’, Penélope Cruz and Salma Hayek on the action-comedy ‘Bandidas’, Johnathon Schaech and Sendi Bar on the fantasy-drama ‘Sea of Dreams’, and Li Gong on the crime-thriller ‘Miami Vice’.

Later she joined the production staff of ABC’s legal drama ‘Eli Stone’ for one episode in 2009. Then she worked with Julianne Moore and Jonathan Rhys Meyers in the 2010 mystery-horror ‘6 Souls’. The same year, she also served on the Dwayne Johnson-starrer Faster’.

In the year 2011, she was part of the crew of the romantic comedy ‘Bad Teacher. Two years later, Cynthia worked in the thriller drama ‘The Truth About Emanuel’. Likewise, she has been associated with the telefilm ‘Beautiful & Twisted’ (2015), the action-adventure film ‘Hardcore Henry’ (2015), and the comedy-drama ‘The Tiger Hunter.’

Besides this, Cynthia subsequently played a teacher in ‘Timequest’, a 2000 science fiction film directed by Robert Dyke. Between the years 2012 and 2015, she appeared in several episodes of her husband’s Comedy Central show, ‘Key and Peele’.

She also worked with Key in his 2010 comedy sketch, ‘Meditations of Yoga: Ode to a Cougar’, playing the titular character. In the year 2016, Blaise lent her voice to a character credited as the puppet maker in one episode of Adult Swim’s stop motion sketch comedy ‘Robot Chicken’.