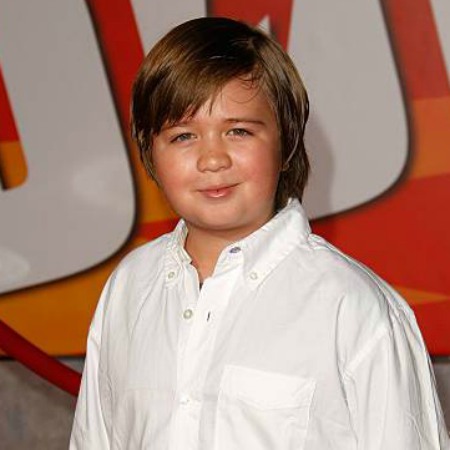 Conner Rayburn is a former American child actor who portrayed Kyle Orenthal on the ABC sitcom, According to Jim.

Conner Rayburn entered this world on 7th April 1999, in Dickson, Tennessee, the United States of America to American parents. His horoscope is Aries.

He is the son of Bryan Rayburn (father) and Gina Rayburn (mother). He was raised in Nashville with his elder brother, Christopher Rayburn.

Conner holds an American nationality while he belongs to a white ethnical background. He spent his early years in the Nashville, Tennessee area with his family.

What is Conner Rayburn’s Relationship status?

Conner Rayburn is only 20 years old and possibly single at the moment. It is sure, he is an unmarried boy but he might have dated some beautiful ladies in his past days. Conner was just a child when he left the acting field and since then he has been keeping himself far away from the media spotlight.

Conner was featured in the movie, Walk Hard: The Dewey Cox Story at the age of 8. In the year 2009, he played Robin Williams’ character’s son in the Disney movie Old Dogs. Later, he starred in other movies such as Madagascar: Escape 2 Africa, The Invention of Lying, and so on.

His last screen appearance was in The Cleveland Show‘s episode, Brown History Month as Dylan in the year 2010. After appearing in the show, Conner left his acting career at the age of 11 years old and since then he hasn’t made any screen or public appearances.