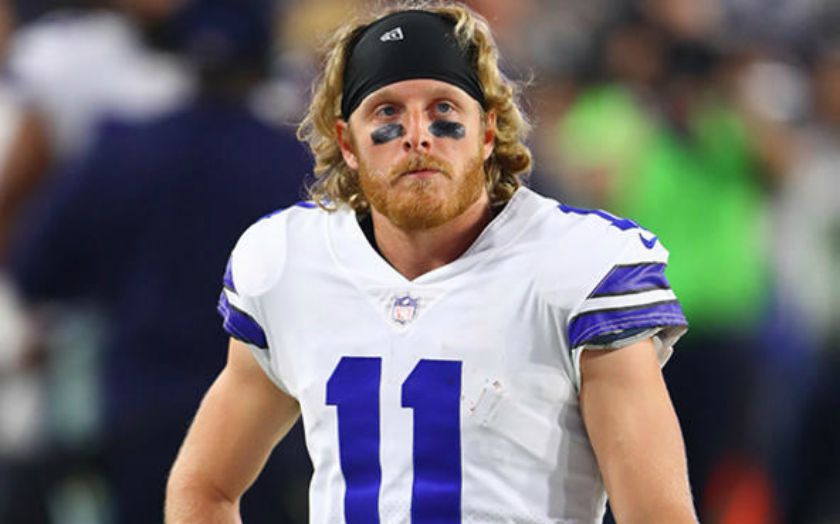 Cowboys WR Cole Beasley’ Wife Krystin Beasley, the Mother of three; Everything about their Married Life!

Cole Beasley is an American football wide receiver for the Buffalo Bills of the National Football League.

In the year 2012, he signed by the Dallas Cowboys as an undrafted free agent. Similarly, he has played college football at Southern Methodist University.

Cole Beasley is a happily married man. His wife’s name is Krystin Beasley. He tied the knot with his girlfriend Krystin Beasley on July 28, 2014, as reported. The couple married after dating for a couple of years. According to reports, their beautiful wedding held in Coppell Texas.

From their married life, they blessed with three children. His wife Krystin is the mother of three kids. They welcomed their first child, a son named Ace, born in October 2014.

Kyrstin Beasley and Cole welcomed their second child named Everett born on January 16, 2019. According to many reports, the couple is ready to welcome another child as his wife is pregnant. The couple welcomed their third child a daughter but her name is missing.

Also, he posted a photo of his newborn son, Everett, with a short caption that concluded,

“I love my family so much.”

Similarly, posted another photo of his newly born son the next day with his wife and captioned,

“No filter. Both my boys.love them and their mama more than anything in the world.”

He often posts pictures of his children on his social sites which shows his deep affection for his children and manages time to be with them.

The couple has maintained a sound relation between them and never involved in any affairs and disputes since their marriage. Currently, they are enjoying their married life along with their children and living happily.

Talking about his wife, Kyrstin Beasley is originally from Plainview, Texas. She is active on Instagram and Twitter. However, her Instagram is set private but she keeps busy often posting highlight videos of the Cowboys wideout on her Twitter page throughout the season. Also, she spotted striking her husband’s fans, who criticized him, several times.

Who is Cole Beasley?

Cole Beasley is an American football player who plays as a wide receiver for the Dallas Cowboys of the National Football League currently. He had played American football for his college football at Southern Methodist University.

He was born on April 26th, 1989, in Houston, Texas, the United States as Cole Dickson Beasley. Similarly, he has a keen interest in football from an early age.

Similarly, he joined Little Elm High School for his education. He started playing football as a quarterback.  After that, he received a scholarship from Southern Methodist University and started to play as a wide receiver.

Also, he involved in his musical career. In the year 2017, he released the debut single release “80 Stings”. After that, he released his debut album The Autobiography produced by Victor”Phazz” Clark in the year 2018.

Similarly, he formed a musical company with his friend. The company name is ColdNation Records an independent record label located in Frisco, Texas.