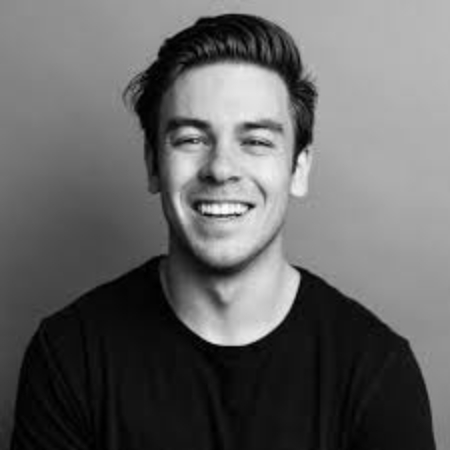 Cody Ko is famously known as a Canadian YouTuber, comedian, podcaster, and rapper as well. Firstly, he rose to the limelight after appearing on a short Vine by showing his comedy skills. Later, Cody became part of a comedy-rap duo named Tiny Meat Gang alongside Noel Miller.

Where and When was Cody Born?

Cody Ko was born Cody Michael Kolodziejzyk on 22nd November 1990 in Calgary, Alberta. His mother is Helen Kolodziejzyk and his father is Gerg Kolodziejzyk. By profession, his mom and dad were entrepreneurs but now living a retired life after they sold their software businesses. Ko is blessed with a sister named Krista Anne.

Well, Cody graduated from Springbank Community High School. Later, he got a degree in computer science from Duke University. By nationality, Ko is Canadian and is of mixed ethnicity. Besides, he loves Hiking and Exercising. Later, Cody moved to California, the United States.

Is Cody Dating Someone?

Cody Ko is a social media celebrity, who has not been secretive about his love life or that’s what he says. He is dating Kelsey Kreppel, who is a YouTuber as well. Once, Cody was hosting Taco Tuesday and reviled that he did this to impress a girl.

And guess what Kelsey is the same girl, Ko impressed her and they began dating each other. Cody in an interview joked and said he met in now girlfriend on Tinder and later said they met through some common friends. At first, the duo met in July 2017, and both of them fell for each other on their first meeting.

They went on a date two times then went to an Ed Sheeran concert for the third date. Later, Kepple said she heard when Ko mentioned her and said it was cute. She felt really nice when Cody mentioned that they are going to Ed Sheeran’s concert and said it was really cute when he talked about her in his podcast the same way he does in reality.

In September 2017, Kelsey Krepple also appeared in Cody Ko’s podcast. And that was the moment for the couple, for the first time they mentioned that they are dating each other and called each other boyfriend and girlfriend. Since then the duo is in a romantic relationship. Besides Kelsey, Cody has not dated anyone, or if he has it’s not known by the media. Currently, he is living a happy life with his girlfriend.

How Rich Is Cody Ko?

Being one of the great influencers of all time, Cody must have earned a lot in his career till now. Besides his career on youtube, he is a stand-up comedian, actor, podcaster, and sound cloud rapper too. Ko not only has earned the heart of millions but has earned millions of dollars as well.

As per some sources, he has an estimated net worth of $3 million as of 2022 which easily leads him to live a lavish and luxurious life. Cody Ko has earned this amount of wealth from his YouTube channel too. Before being a YouTuber, he was a Vine sensation and started #6secondauditions, which later became viral and gained more than 2.7 million followers on his account.