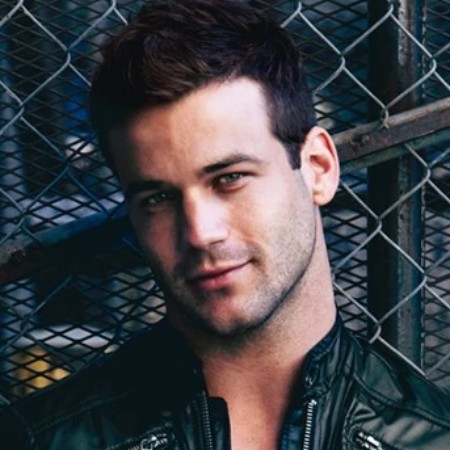 Guitarist Clayton Johnson came to the limelight as the fiancee of American singer and songwriter Elizabeth Woolridge Grant.

How old is Clayton Johnson?

On February 4, 1989, Clayton Johnson opened his eyes to this beautiful world. He was born in California, The United States of America. As of 2022, Clayton is 33 years old. According to his full date of birth, his sun sign is Aquarius. His parent’s name is Mike Johnson (father) and Terri Johnson (mother).

He is the oldest of four siblings. Clayton has two brothers and one sister. His sibling’s name is Chantry Johnson and Connor Johnson. He holds American citizenship and follows Christianity as a religion. Similarly, he belongs to white ethnic background. Clayton completed his high school at Modesto Christian High School.

Are Clayton Johnson and Lana Del Rey still together?

Clayton is single at the moment. Clayton was the fiancee of Lana Del Rey. By profession, his ex-fiancee is an American singer and songwriter. The duo met each other through a dating app.

After dating for short time the duo got engaged in Dec. But their relationship didn’t last long and they went their own way after less than a year. The dup broke up due to the pressures of the coronavirus pandemic.

Other Relationships of Clayton Johnson

What is Clayton Johnson’s Net Worth?

Clayton has an estimated net worth of around $1.5 million as of 2022, He is able to earn that money from his career as a guitarist. Likewise, an average salary of an American guitarist is around $71318 according to the source.

Lana Del Rey, Clayton’s former fiancée, is thought to be worth about $30 million as of 2022. As an American singer and songwriter, she earned that amount of money. An American singer-annual songwriter’s pay ranges from $18,720 to $141,440. She may be making the same salary.

What was Clayton Johnson’s Controversy?

Fans of Del Rey discovered Johnson’s offensive tweets after his initial appearance on the singer’s Instagram story in September 2020. He also used these tweets to promote his support for Donald Trump. Johnson apologized on September 8, 2020, in a string of tweets that read:

“Yesterday, tweets from my teenage years 12 years ago were dug up, and while age is not an excuse for any derogatory language, I’m thankful to have grown and learned over the years from friends, family and my community. I sincerely apologize to you all for such insensitive” or about supporting Trump. I did not vote for him. I’ve followed every president on twitter, whether I liked them or not. As the leader of the most powerful nation I think it’s important to see what our president is saying and doing”

“I don’t think being ignorant in the past makes me racist. Education and action are most important. Currently enrolled in an intercultural comm class to educate myself and continue to grow. Nothing but love for my black brothers and sisters and I’ll continue to fight for them”

The following year, Lana Del Rey created a second (now private) Instagram account. She initially intended to promote her third album Honeymoon but became filled with images that were downright bizarre, discussing things like how much she enjoyed sunbathing and moon bathing.

What was Lana Del Rey’s addiction?

Lana was addicted to alcohol. According to Lana Del Rey, her parents sent her to boarding school so she could overcome her alcoholism when she was younger.

How tall is Clayton Johnson?

Clayton stands at the height of 6 feet while his body weight is 83kg. Similarly, he has an alluring pair of brown eyes and beautiful brown hair.

Does Clayton Johnson have a tattoo?

Yes, Clayton has a tattoo. He revealed in an interview that he has a tattoo of Yoshi, the lovable green character from the Mario game series, with LMFAO’s Sky Blu.

What is the nationality of Clayton Johnson?

Does Clayton Johnson have a tattoo?

Yes, Clayton has a tattoo. He revealed in an interview that he has a tattoo of Yoshi, the lovable green character from the Mario game series, with LMFAO’s Sky Blu.

How much is Clayton Johnson’s net worth?

Clayton Johnson’s net worth is estimated to be $1.5 million.