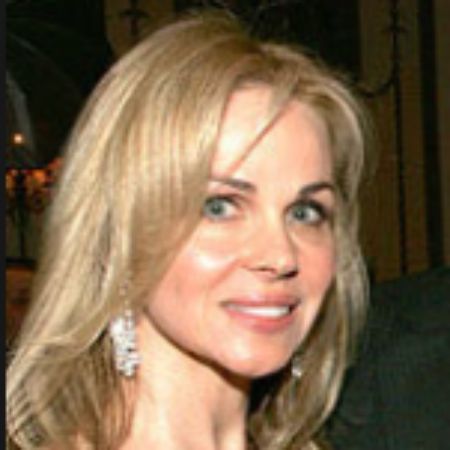 Claudia Heffner Peltz is the third wife of Nelson Peltz, the billionaire, and businessman from America. She is a former model and now a mother of 8 children.

Who are Claudia Heffner’s Parents?

Claudia Heffner was born on the 12th of March 1955 in the USA, with a birth sign Pisces. She is the daughter of  William J (father) and Barbara Heffner (mother).

Peltz holds an American nationality and belongs to the white ethnicity. Likewise, she has blonde hair color and blue eyes color.

Claudia Heffner Peltz is 3rd Wife of her Billionaire Husband

Claudia is the third wife of renowned business mogul and billionaire Nelson Peltz. However, in 1985 Claudia and Nelson tied the knot. They have been happily married for over thirty years, and there are no signs of cracks in their marriage.

Her husband Nelson Peltz is an American billionaire businessman and investor who was born on born June 24, 1942. He along with his partner Peter W. May and Edward P. Garden established Trian Fund Management, an alternative investment management fund based in New York.

Also, he has worked as a former director of H.J. Heinz Company, Mondelez International, and Ingersoll Rand. Then he handled office as a former chief executive officer (CEO) of Triangle Industries.

What is Billionaire Wife Claudia Heffner Peltz Net Worth?

Claudia Heffner Peltz has accumulated considerable wealth over the years through her career as a model and through other business activities. Currently, she has an estimated $5 million net worth.

Peltz is very involved in charity work and philanthropy. She and her husband are constantly donating money for all sorts of purposes that support and protect people and things. Claudia and her husband currently live in Mountsorrel, an expensive and famous property in Palm Beach, Florida, which previously belonged to Anita Young, the sister of the iconic, modernist painter Georgia O’Keeffe.