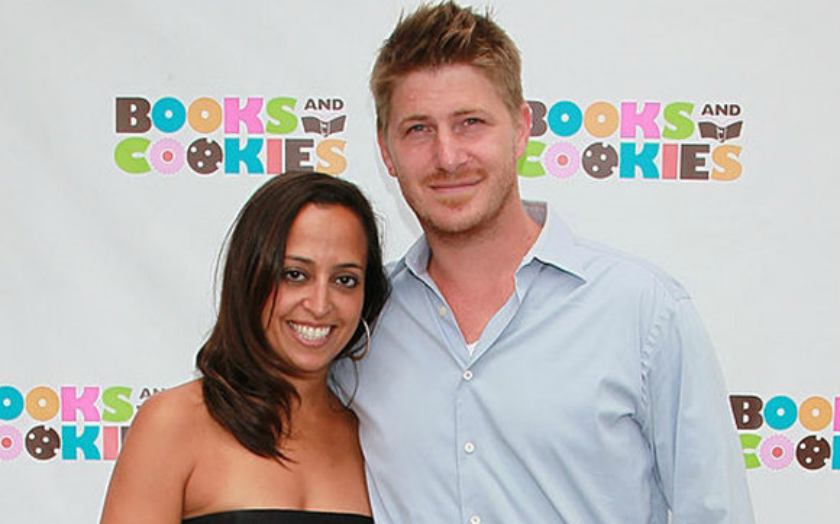 Are Chudney Ross and Husband’ Joshua Faulkner still Together? Any Children?

Chudney Ross is an American producer and production manager who has produced various movies like Mesmerized (2004), Livin’ Large(2002) and Fame (2003). Chudney came to the entertainment industry as her parents were from the same field. Currently, she is happily married to her husband Joshua Faulkner with whom she has been in a relationship for more than 6 years.

In recent days, it is also heard that the couple has an additional member of their family as a cute litter daughter, Callaway Lane. Here, we have gathered all the information regarding her married life and children. Keep scrolling for more.

Chudney Ross is currently married to her husband Joshua Faulkner whom she met through their mutual friends, and they were in love when they went out for the first time. After dating for six years, Joshua proposed her. Chudney disclosed he proposed for the marriage on her birthday dinner party. Her close friends and family were present and Joshua proposed in front of them.

The lovely couple decided to marry on 21st June 2015. They both always wanted to do a destination wedding. Ross wanted to be their wedding like the summer camp where the guests are having a great time with each other. Also, her mother, Dian had a big hand to plan and decide on their marriage.

Caption: Chudney Ross and Joshua Faulkner on their wedding ceremony

Finally, the couple chose Montage Kapalua Bay as their wedding location. Their wedding photos were featured on Inside Wedding which is a wedding magazine, and it was pure elegance.

On 19th September 2012, Chudney Ross gave birth to her first baby as a daughter, Callaway at 6:40 pm and who weighs 7 lbs 8 oz. The couple felt fully complete after their baby came to this world. Callaway made their relationship bond grow more strongly.

Caption: Chudney Ross with her husband, Joshua Faulkner, and daughter

Who is Chudney Ross dad?

Her father, Robert Ellis Silberstein is an American music executive and businessman who was born on 5th January 1946 in Elberon, New Jersey to the wealthy family famed for making Jewish garment.

Robert was his ex-wife’s music manager and notable artist in the industry during the 1970s. His famous clients include music artist Rufus, singer Michael Lee Aday, R&B star Billy Preston and other many more.

Who is Chudney Ross Mother?

Her mother, Diana Ross is an American singer, songwriter, record producer, and actress who rose to media spotlight as the lead singer of the vocal group the Supremes. She was popular not only as a singer but also as an actress. She was even nominated for an Oscar for Best Actress in Leading Role of Billie Holiday in Lady Sings The Blues.

Also, Diana has appeared in various movies and television series including, Double Platinum, Out of Darkness, The Wiz, and other many more. Moreover, her studio albums include Diana Ross, Everything Is Everything, Surrender, Last Time I Saw Him, Baby It’s Me, The Force Behind the Power, Every Day Is a New Day, and so on.