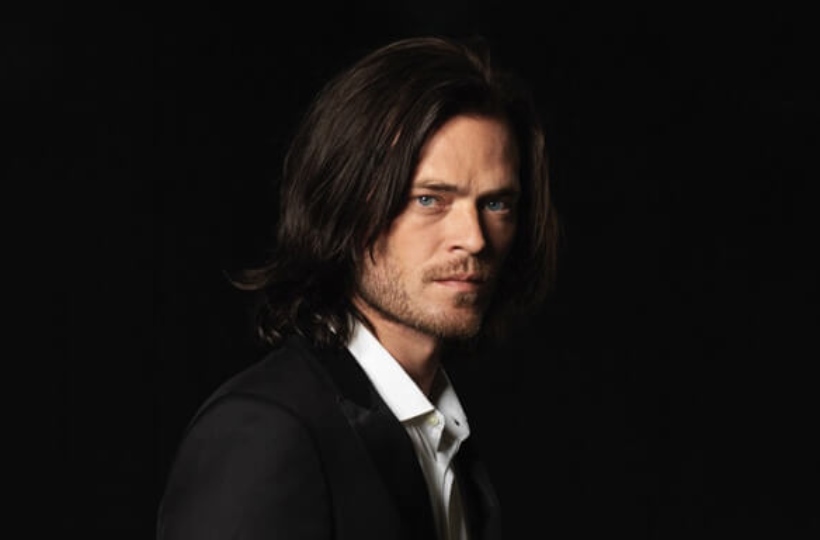 American actor, director, and screenwriter Christopher Paul Backus came into the spotlight after he made his television debut in NBC’s Will & Grace additionally landing roles in the TV shows like The O.C., Life on Mars, It’s Always Sunny in Philadelphia, Sons of Anarchy, The Mentalist, Perception.

As a celebrity and social media personality, many fans and followers of Christopher are eager to know about his personal details of Backus. In this article, we will be discussing his married life and his children including his parents.

Who is Christopher Backus married to?

Christopher is living a conjugal life right now. He is married to Mira Sorvino. The couple is living in a married relationship for 17 years. They tied their marriage knot on 11 July of the year 2004.

How did Christopher Backus and Mira Sorvino meet?

The perfect duo of Backus and Mira met each other in the year 2003. They met at a party of their mutual friends. After meeting each other for a short period of time, they started dating each other immediately. After dating just for 1 year they tied their marriage knot in 2004. They performed their wedding in a private way in Santa Barbara.

Who is Christopher Backus’s Wife?

Christopher’s wife Mira is an American actress. She opened her eyes to this beautiful world on September 28 of the year 1967 in Manhattan, New York, United States of America. As of now, she is 54 years old.

Mira was born to Paul Sorvino (father), and Lorraine Davis (mother). In her career, Mira has won many awards including the award of Academy Award for Best Actress in a Supporting Role.

Does Christopher Backus have children?

Backus is the father of four beautiful children. The name of his children is Mattea Angel Backus, Lucia Backus, Johnny Christopher King Backus, and Holden Paul Terry Backus. The elder daughter of Backus was born on November 3, 2004.

Christopher and Jim Backus are not related to each other. This is just a coincidence that Jim and Christopher share the same surname and both of them are American actors. Jim has already died on July 3 of the year 1989.

Christopher was born to Terry Backus (father), and Teryl Backus (mother). His father used to work in United States Marine Corps. Likewise, his mother is a retired Colonel. He has one sister as his sibling. The name of his sister is Michele Backus. Christopher has spent most of his childhood along with his sister in her hometown.

Who is Christopher Backus on Sons of Anarchy?

Christopher has played the role of Adam Greenblatt on the FX original series Sons of Anarchy. Greenblatt was a pimp in the series.