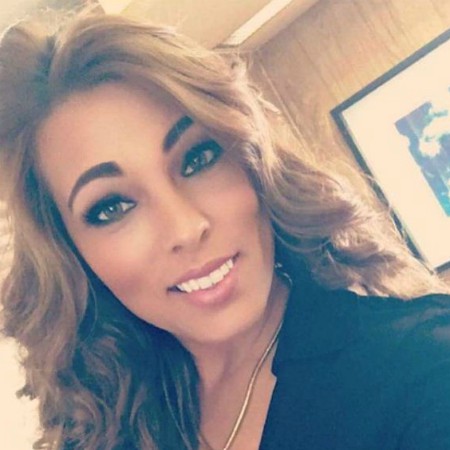 Who is Chelsie Kyriss? Explore her Biography, Boyfriend and Children

Chelsie Kyriss is an American Instagram Star who is widely famous as the celebrity girlfriend of Antonio Brown.

Chelsie Kyriss entered this world on 31st August 1989, in Springboro, Ohio, the United States of America. Her horoscope is Virgo. She is the daughter of Todd Kyriss (father) and Lynn Kyriss (mother). She grew up with her brother, Christopher Kyris.

Chelsie holds an American nationality and belongs to a white ethnical background. She graduated from Sinclair Community College in Dayton, Ohio in the year 2010. Further, she attended Georgia State University Perimeter College in Atlanta, Georgia from 2010 to 2011.

Who is Chelsie Kyriss Boyfriend?

Chelsie Kyriss’s boyfriend, Antonio Brown is a famous American football wide receiver for the Oakland Raiders of the National Football League (NFL). Firstly, he made his way into the college football team at Central Michigan University and was later selected by the Pittsburgh Steelers as their wide receiver. Later, he left behind his peers in tough competition to become the star player for his team and went on to break numerous NFL records, as well as set a host of new records.

In the year 2010, he was selected by the Pittsburgh Steelers as their 2nd wide receiver pick and was the 22nd overall wide receiver to be selected. In the following year, he debuted in the 2010 season against the Tennessee Titans. After his team finished first in the AFC North, Antonio helped his team reach the Super Bowl but failed to win his first Super Bowl match against the Green Bay Packers in February 2011.

He played 16 games that season and made 69 receptions for 1,108 yards, two touchdown receptions, and three stars. In the year 2012, Antonio had a rough season during which he was fined $10k for unsportsmanlike conduct in a match against the Washington Redskins. Also, he sustained an ankle sprain and had to rest for three matches.

He finished the season with 66 receptions for 787 yards and five touchdowns in 13 games and ten starts. After entering the 2013 season as a starting wide receiver, he broke the 1997 record by Yancey Thigpen for a single-season team record of 1,398 receiving yards.

At the end of the 2014 season, Antonio made three new team records for 129 receptions, 1698 receiving yards, and 13 touchdowns, for which he was tied for second. During the 2015 season, he surpassed his own previous record with 136 receptions for 1,834 yards and 10 touchdowns and set two records on the way for most receptions in a two-year and a three-year span.

He has been selected for Pro Bowl five times in his career, with the fourth straight selection in the year 2016. Further, he has also been named First-Team All-Pro for the third consecutive time that year.

Chelsie is living her best life with her boyfriend, Antonio Brown. She vacationed in Hawaii with her boyfriend and shared their lovely moments via her official Instagram account. They caught their moment laying on floats in a pool that was ocean side which looks like what dreams are made of! The couple shares three kids Autonomy, Ali, and Apollo together, but things weren’t always peachy between the couple.

Back in January, Kyriss accused Antonio of domestic violence which put him under the microscope, even more, coming off a controversial season. The dispute took place in Hollywood, Florida, the United States but at the time, no arrest was made. Antonio posted a message to social media which stirred up more controversy.

“With all due respects any friends who consider (Chelsie Kyriss) a friend should honestly help her vastly!” She has two older kids Kellen Green 9 ; Brooklyn Green 7 ; she hasn’t seen or claimed in 4 years running around chasing me! Her Mom Lynn Kyriss and Todd Kyriss can not get ahold of her In regards of holding her accountable to her kids her family! Let’s not the internet confuse people upon her responsibility to her kids ! I ask that if you are her friend encourage her to take care all her kids not just mind and be a woman we know she capable of ! So we clear she’s my baby mama ! Shameika; Tice ; Chelsie All mothers of my kids love y’all let’s be mothers to all ours not matter who I am. [Mothers Matter] [Be Honest] [Dont Lie] [Be 100] [So We Clear].”

Chelsie Kyriss’s Past Relationships and Children

Career and Net Worth